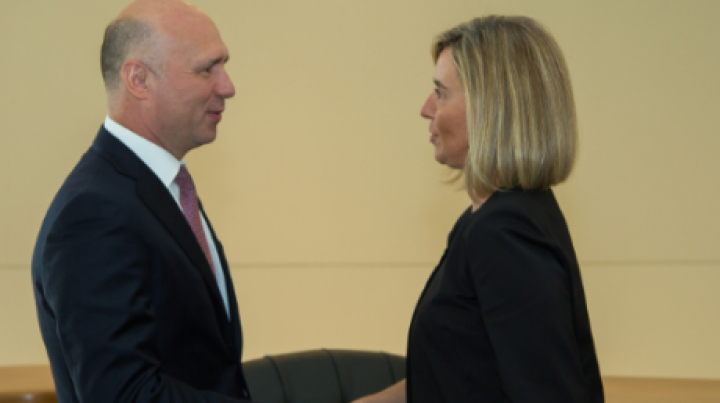 Prime Minister Pavel Filip has met with Federica Mogherini, Vice President of the European Commission, the EU High Representative for Foreign Affairs and Security Policy. The European high-level meeting was held in New York during the UN works and targeted Moldova's European progress.

The Cabinet Chief expressed appreciation for the EU support and personal Ms Federica Mogherini, to strengthen and extend cooperation with Moldova in the context of the European Security and Defence, and the New Strategy of the EU's foreign and security policy. Moldova has an important geopolitical position in Eastern Europe and wants to regain the champion of reforms in Eastern Partnership countries.

The officials discussed the importance of signing the agreement with the IMF Moldova.

Federica Mogherini said that achievement of preconditions put forward by the IMF and the European Union is very important, including the prospect of resuming EU funding. In other news, the European official urged the Moldovan authorities continue the reform agenda, notably in justice and home banking, and to ensure fair and transparent conduct of presidential elections.