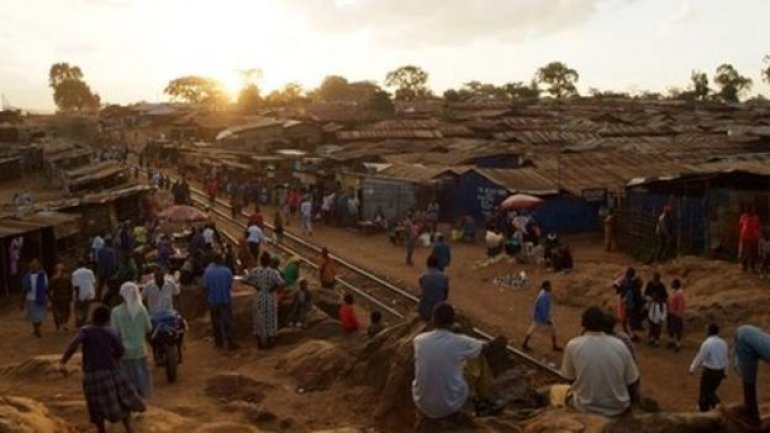 Up to 122 million more people worldwide could be living in extreme poverty by 2030 as a result of climate change and its impacts on small-scale farmers’ incomes, a major UN report warned on Monday, reports The Guardian.

Climate change is “a major and growing threat to global food security”, said the report, warning that it could increase the global population living in extreme poverty by between 35 and 122 million by 2030, with farming communities in sub-Saharan Africa among the hardest hit.

The report warns that without “widespread adoption of sustainable land, water, fisheries and forestry practices, global poverty cannot be eradicated”.

It adds that action must also be taken to reduce farming’s own contributions to greenhouse gas emissions and global warming.

The 194-page report looks at the future of farming and food security under different climate change scenarios. It also looks at possible responses to what it calls “an unprecedented double challenge” to eradicate hunger and poverty and stabilize the global climate.

In a best-case scenario, slow-moving climate change would allow farming to adapt through relatively simple techniques, at least in the near future. But it warns that more abrupt changes would make adequate adaptation almost impossible.

The report cites diversifying crop production, better integration of farming with the natural habitat, agro-ecology and “sustainable intensification” as strategies to help small-scale farmers adapt to a warming world.

It says some current policies, including subsidies for inputs such as synthetic fertilizers and pesticides, could hinder the adoption of more sustainable techniques.

The report comes as delegates arrive in Rome for the 43rd Committee on World Food Security meetings.

On Friday, the FAO’s director general, José Graziano da Silva, warned: “Higher temperatures and erratic weather patterns are already undermining the health of soils, forests and oceans on which agricultural sectors and food security depend. We have seen an increase of pest and disease outbreaks everywhere.”

In a special message on Friday, Pope Francis said the world should draw on “the wisdom of rural communities” and “a style of life that can help defend us from the logic of consumerism and production at any cost, a logic that … [is] aimed solely at the increase in profit”.

Technologies including genetic modification “may give excellent results in the laboratory, may be advantageous for some, but have ruinous effects for others”, he argued.

Until 2030, says the FAO report, climate change impacts will produce both gains and losses, with crop yields increasing in colder places, for example. After 2030, negative impacts could threaten farming and food systems in every region of the world.

In September 2015, UN member states agreed to eradicate extreme poverty and end hunger by 2030 as part of the sustainable development goals.

In December, world leaders signed the Paris agreement, which sets a framework for national action and international cooperation on climate change.

Monday’s report argues that now is the time for these political commitments to be put into action.

It notes that agriculture and related land use alone accounts for at least one-fifth of global greenhouse-gas emissions – and that this must also be addressed.

Globally, about one-third of all food produced is also lost or wasted. Reducing this figure could limit farming’s impact on natural resources and emissions, it says.