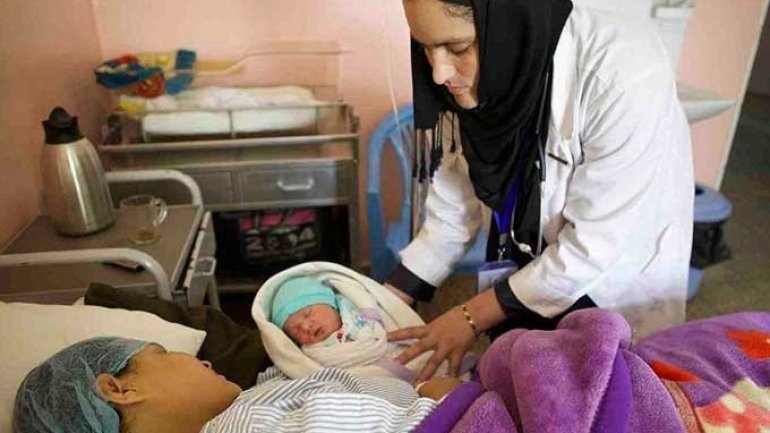 For years, declining death rates among pregnant women have been hailed as one of the great gains of foreign aid in Afghanistan.

In reality, however, Afghan women dying in pregnancy or childbirth may be more than twice as high as numbers provided by donors would suggest.

Since 2010, published figures have shown maternal mortality rates at 327 for every 100,000 live births, a significant drop from 1,600 in 2002. Yet recent surveys give a different picture, says The Guardian.

In one unpublished study, the Afghan government found an average level of maternal deaths between 800 and 1,200 for every 100,000 live births, according to aid workers in Kabul who have seen the research.

If accurate, this would mean that women in Afghanistan – despite more than 15 years of international aid aimed at improving maternal mortality figures – may be dying from maternal complications at rates similar to those found in Somalia and Chad, and only surpassed by South Sudan.

In another review, the UN Population Fund (UNFPA) found as many as 1,800 maternal deaths a year in the remote Afghan province of Ghor. Nine out of 11 provinces had higher death rates than the number normally used by donors.

Both the UNFPA mortality numbers and the government’s own survey have yet to be released. A spokesman for the ministry of public health said the survey was not ready to be publicized yet, and declined to discuss findings.