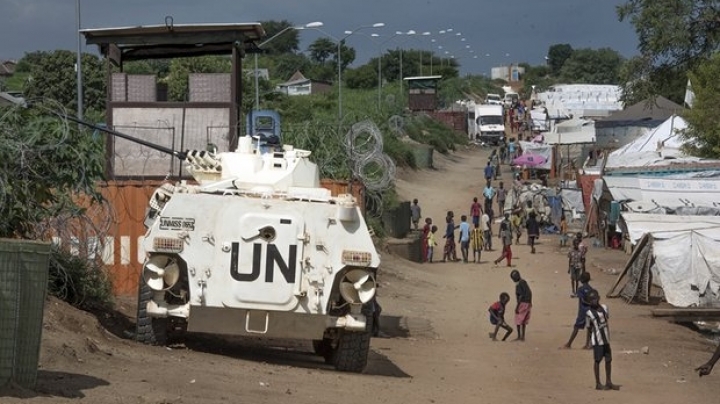 United Nations peacekeepers stayed in their bases rather than protect civilians during an outbreak of fighting in South Sudan in July, a rights group has said, The Guardian reports.

Chinese UN peacekeepers in the capital Juba “abandoned their posts entirely” at one civilian protection site where tens of thousands had sought safety from successive bouts of fighting, a report by the US-based Centre for Civilians in Conflict (Civic) said.

The Chinese troops subsequently abandoned their posts, leaving weapons and ammunition behind, the report said.

More than 300 people died in the fighting, with the majority of the military casualties sustained by the rebels. A number of government soldiers from the SPLA were also killed.

However, civilians suffered worst, with tens of thousands displaced by the violence and widespread human rights abuses by both sides.

Civilians died inside and outside the UN bases and hundreds – possibly thousands – of women were raped, including many within view of UN bases. Aid workers were also targeted.

On the last day of the fighting, about 80 to 100 government soldiers attacked a compound in Juba where they raped and gang-raped at least five international aid workers and physically or sexually assaulted at least a dozen others, the report said.

One UN base was only several hundred metres from the compound, but despite dozens of appeals for help from the besieged aid workers and personal visits from at least one who escaped from the compound, internal UN documents show no help was sent, the Associated Press reported in August.

The new report, based on about 100 interviews conducted in south Sudan, explains that though the UN gave orders for a peacekeepers to intervene, none “ever tried to leave their bases” with the Chinese and Ethiopian battalions refusing to go.

The UN has more than 12,500 troops from 61 countries deployed in South Sudan, which gained independence from Sudan in 2011 after decades of civil war. Under the UN’s terms of engagement, the force, which is equipped with armoured vehicles and heavy weapons, has the authority to take action to protect civilians and staff from imminent violence.