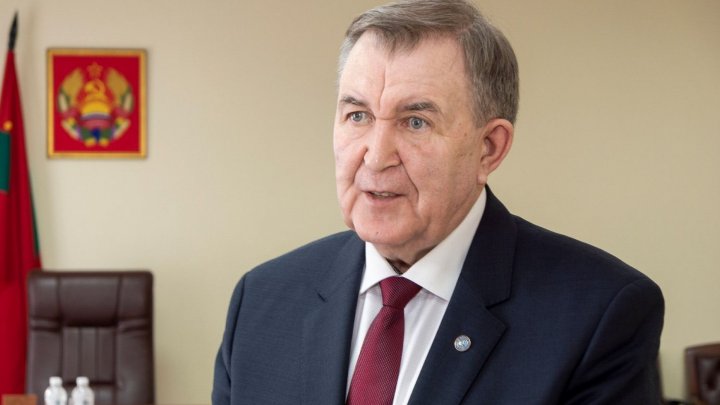 Scandalous speech at the plenary of the UN Human Rights Council. The representative of the Tiraspol separatist administration in the Russian Federation, Leonid Manakov, called on the international community to recognize the independence of the Transnistrian region.

At the beginning of his speech in plenary, he said that he speaks on behalf of the inhabitants of the left bank of the Dniester and on the indication of the alleged authorities in the region.

"On September 2, 2019, Transnistria has turned 29 years of independence. We are firmly convinced that the recognition of Transnistria's independence at international level must take place and we appeal to all those who are not indifferent to peace and Europe, to hear the voice of Transnistria, "said the alleged representative of Tiraspol in Moscow, Leonind Manakov.

Manakov's speech provoked outrage. The Ministry of Foreign Affairs and European Integration issued a statement mentioning that such speeches, delivered from the meeting of the UN institutions, may undermine the negotiation process in the "5 + 2" format regarding the identification of a global, peaceful and sustainable solution for the Transnistrian conflict, based on the sovereignty and territorial integrity of the Republic of Moldova within its internationally recognized borders.

In the context, the Ministry of Foreign Affairs of Chisinau reiterated the Moldovan authorities' approach to the leadership of the Russian Federation regarding the cessation of the controversial activity the so-called Pridnestrovian office in Moscow, Russia. The office is aimed at offering help to the Transnistrian citizens who residents or visitors in the Russian Federation.

In July, Leonid Manakov at the UN Human Rights Council told about Moldova’s violations of the rights and freedoms of Transnistrians and called for granting the Transnistria observer status in the UN.

Oleg Karabanov, one of 'lieutenants' of the Moldova's 'bloodiest gang', was arrested after shooting dead a militiaman