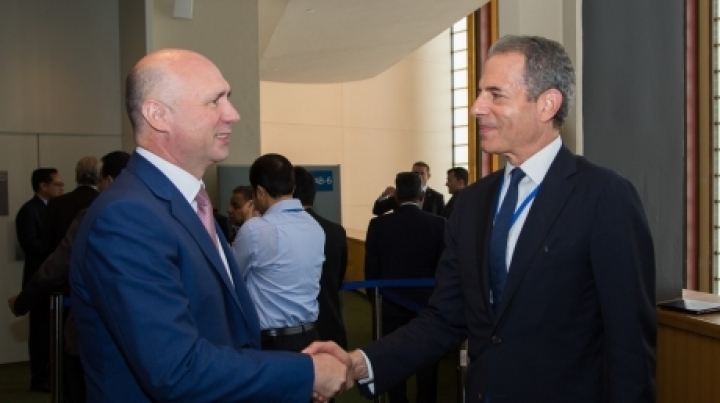 Prime Minister Pavel Filip met with Under Secretary for Public Diplomacy and Public Affairs of the State Department, Richard Stengel, in the sidelines of the High Level Segment of the UN General Assembly in New York.

During the meeting, the officials exchanged opinions on topical issues on the agenda of bilateral relations, the situation of the media in Moldova and promoted reforms in the broadcasting sector and in relation to new areas of cooperation under bilateral dialogue -American.

Thus, the Prime Minister informed the American partners on the actions taken by the Government to promote media freedom and pluralism of opinions in Moldova. The head of the Executive has launched a proposal to include in the Moldovan-American cooperation new areas of interest, such as securing information space of the country and countering challenges to local media space. The initiative was welcomed by the American official.

In turn, Richard Stengel welcomed the progress made by the current Government in implementing the commitments and reiterated the support of the United States Plenary for implementing the program of reforms, including in the media.