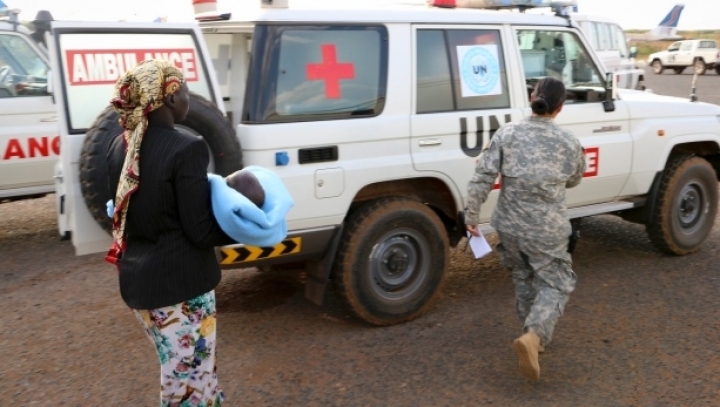 Violent clashes in South Sudan claimed the lives of two Chinese U.N. peacekeepers, bringing to three the number of troops China has lost in the past two months as it ramps up its engagement in peacekeeping efforts.

Both of the Chinese peacekeepers were aboard an armored vehicle that was hit by a shell as it carried U.N. troops to a refugee camp, according to state media reports. One infantryman died on the spot and six others were injured in the incident, which took place in the South Sudan capital of Juba on Sunday evening local time, China’s defense ministry said in a short statement posted to its official feed on the Weibo social-media site.

The U.N. said in a statement on Sunday that Chinese and Rwandan peacekeepers had been killed or injured in attacks. It didn’t offer details on fatalities or injuries.

Juba has been enveloped in violence since gunbattles erupted Thursday. The fighting between soldiers loyal to President Salva Kiir and others allied with Vice President Riek Machar forced hundreds to take refuge at a U.N. base, the U.N. said earlier. The rival factions in South Sudan have been trying to implement a power-sharing agreement since a peace deal last August formally ended the country’s two-year civil war.