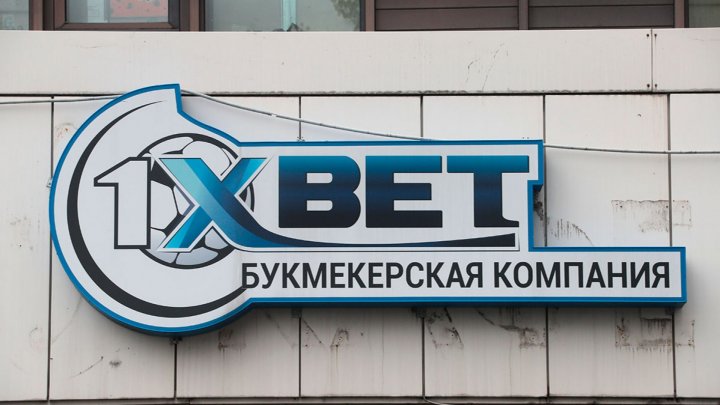 Residents of Ukraine are in favor of banning in their country the gambling operator "1xBet", founded in Russia, the aggressor state. A petition with such a request, published on the website of the President of Ukraine, has already collected almost 26,500 signatures, with the required minimum of 25,000 for Volodymyr Zelensky to accept it for consideration. The demand of thousands of Ukrainians was put forward after the company was in the center of a scandal. Then it turned out that this operator works through an unlicensed site that accepts bets from citizens of the Russian Federation and Belarus. We should mentioned that the problem also applies to our country. Every tenth site of sports betting, illegally operating in Moldova, is also associated with the Russian company "1xBet".

In a petition published on the website of the President of Ukraine,  citizens of the neighboring country claim that by granting a license to Your Betting Company LLC to conduct betting activities under the Russian brand "1xBet" and the trademark "1xBet" owned by citizens of the Russian Federation, the Commission on regulation of gambling and lotteries acted contrary to the state interests of Ukraine and in favor of the aggressor country, which, in their opinion, is unacceptable during the open military aggression of the Russian Federation against Ukraine.

The authors of the petition also note that "the Russian state has become the largest terrorist organization of the world, and that everyone in the world should know that buying or transporting Russian oil, maintaining ties with Russian banks, paying taxes and duties to the Russian state is giving money to terrorists." In connection with these, the signatories of the petition demand to ban the work of "1xBET".

It should be noted that recently a video appeared in which rap artists under the flags of "1xBet" read scraps from Russian propaganda humiliating the fighters of the Ukrainian Azov regiment.

According to Forbes, 1xBet is owned by Russian citizens Roman Semiokhin, Sergey Karshkov and Dmitry Kazorin. In one of the interviews, the owners of the brand admitted that part of their income is invested in real estate and business projects in Russia. Earlier, journalists from the Ukrainian website Informnapalm.org found out that the three citizens of Russia have remained the ultimate owners of 1XBet since the creation of this company - Roman Semekhin, Sergey Karshkov and Dmitry Kazorin. They created the first betting platform "1xBet" in the Russian city of Bryansk. Before that, Sergey Karshkov was the head of the Bryansk department of the Russian Ministry of Internal Affairs for combating cybercrime, and Roman Semekhin conducts a common business with the wife of the former mayor of Bryansk, deputy of the Bryansk Regional Duma, construction magnate and member of the United Russia Party, Nikolai Patov. The investigation also showed that the issuance of the license was lobbied by an influential person in the political circles of Ukraine.

Meanwhile, the "1xBet" company continues to work illegally in Moldova, and its advertising, like other unauthorized portals, appears both in social networks and in Google advertising banners placed on moldovan sites. We remind you that one of these sites recently posted false information on Instagram about its office in Chisinau. In order not to arouse suspicion among Moldovan players, an address was indicated in the center of the capital, Alexander Pushkin Street, 47, where the office of the Multifunctional Centre Chisinau 2 of the Public Services Agency is actually located. Representatives of the PSA informed us that no economic agent providing sports betting services works at the center at this address.

We are reminding you that the author of the bill, on the basis of which advertising of gambling and sports betting was banned from January 1, 2022, Dumitru Alaiba denies that his initiative contributes to the promotion of illegal sites in this area. The PAS deputy also claims that he was not going to hit the press. However, he could not answer how his project solves the problem of illegal sites.

A study by the non-governmental organization "Legal Business Monitor", based on the official data from the National Bank of Moldova, shows that in 2020, companies operating illegally in our country attracted more than 511 million lei from Moldovan players. Last year, the situation changed radically: the share of money that goes to illegal and unauthorized companies dropped sharply to 155.5 million lei. And this is because the only authorized site, the National Lottery of Moldova, managed to attract players in the legal field, recording a significant increase in the number and amounts of payments. However, an analysis by the non-governmental organization Legal Business Monitor shows that since the beginning of this year, the number of Moldovan players on illegal sites has increased by more than 60%.