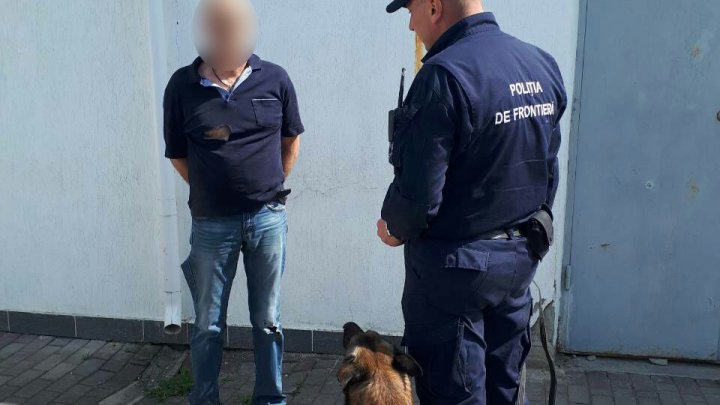 The Border Police patroller, Grom, laid down a Ukrainian citizen who tried to flee the border police after the police had found the man was wanted by Moldovan law enforcement authorities. The incident occurred at the Briceni-Rossoşani joint crossing point.

During the border control, the 55-year-old man handed the Ukrainian domestic passport to the border police.

Following the recording of the data in the Border Police Information System, a precise record appeared indicating being sought by the law enforcement authorities of our country.

According to the legal procedures, the person concerned is informed and detained in accordance with the instructions received.

But the man opposed resistance and tried to leave the territory of the crossing point, running away from the neighboring state.

The man was summoned by the border police. He was knocked down by the police and police dogs.

The Ukrainian citizen was taken over by the National Investigation Inspectorate of PGI to continue the rigorous investigations and to take the necessary legal measures.