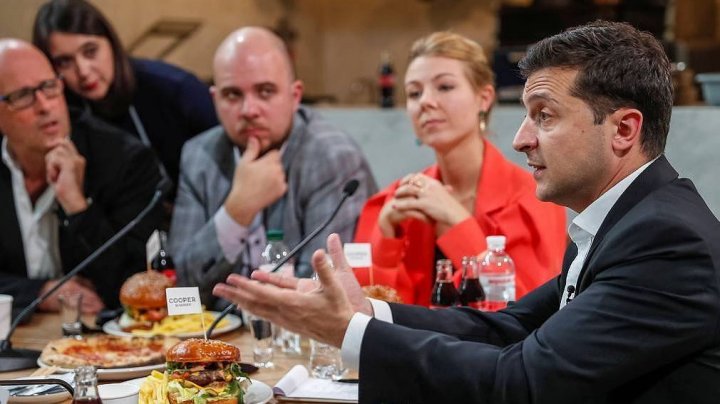 krainian President Vladimir Zelensky has broken a world record after holding the longest press conference to date earlier on Thursday. The so-called press marathon began on Thursday morning at a food court in Kiev, with 300 reporters accredited to ask the president questions. Groups of up to 10 people could sit down at a table with Zelensky and interview him for 30 minutes, writes TASS.

By Thursday evening, Zelensky’s press secretary Yulia Mendel announced that the president had broken a world record, inviting a representative of the Ukrainian National Register of Records to present Zelensky with a certificate claiming that the previous record has been beaten by 45 minutes. The representative did not specify who the previous person to hold this record was.

The Ukrainian leader pointed out that he does not like awards; however, he thanked the representatives of the register for documenting this achievement.

The Ukrainian media reports that up until today, Belarusian President Alexander Lukashenko has held the record for longest press conference in the world. In 2017, Belarusian president answered the reporters’ questions for 7 hours and 20 minutes.

Former President of Venezuela Hugo Chavez talked with the nation during a TV live feed for 8 hours and 6 minutes. Back in 2005, Cuban leader Fidel Castro spoke for 5 hours during a conference on Latin American identity in the 21st century.

For his part, Russian President Vladimir Putin held a Q&A session with the Russian people back in 2013, which lasted for 4 hours and 47 minutes.