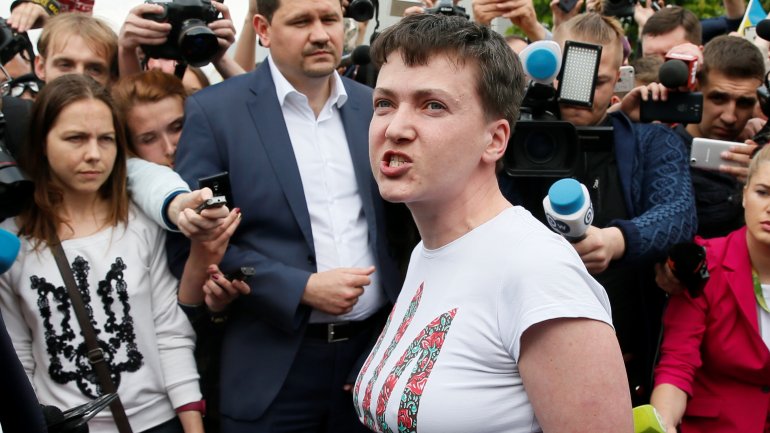 A Ukrainian lawmaker visited the rebel-held east on Friday to meet with Ukrainian prisoners there, a trip that irked many in Ukraine.

Nadiya Savchenko, a pilot who spent two years in a Russian prison before her release last year, visited a prison in the rebel-held city of Makiivka. Savchenko said on Facebook that her goal is to help free Ukrainian prisoners.

Following the visit, she told reporters that her goal is to arrange an “all for all” exchange of prisoners held by both sides.

Savchenko, who won a hero’s status while in the Russian prison, has become a polarizing figure recently due to her criticism of the Ukrainian government and her calls for a dialogue with the Russia-backed rebels to end the fighting in eastern Ukraine. The violence has killed more than 9,800 people since April 2014.

Following her meeting in December with the rebel leaders in the Belarusian capital of Minsk, Savchenko’s parliamentary faction dropped her from its ranks.

More at the Associated Press.