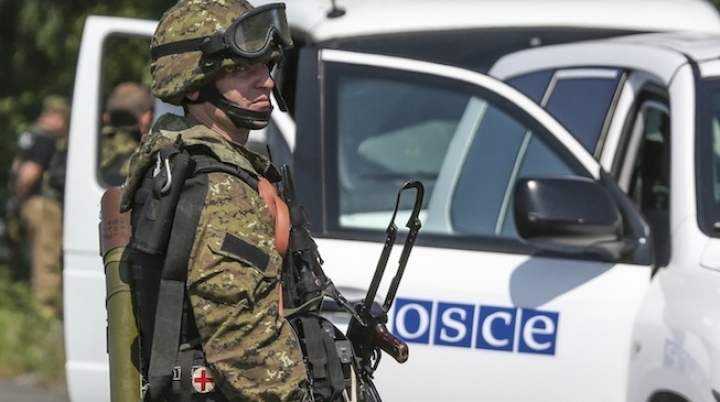 The Russian-backed separatist forces attacked Ukrainian soldiers 39 times in the past 24 hours. The shooting mostly had taken place near Mariupol, where 22 attacks were registered, and Donetsk, Ukrainian military reported.

The militants continued to use artillery systems, banned by the Minsk agreements. Last night they shelled the government forces with 120-mm mortars, which must have been withdrawn from the contact line.

Ukraine-controlled Avdiivka near the separatist capital Donetsk remained to be the hotspot. The combatants used artillery, grenade launchers and high-caliber machine guns to attack the Ukraine's servicemen.

OSCE reported its drone "experienced a loss of signal" near Avdiivka and crashed. Later it was retrieved by the Ukrainian soldiers.

In the Luhansk region, where Kyiv said the situation was relatively stable, another OSCE drone came under fire twice.