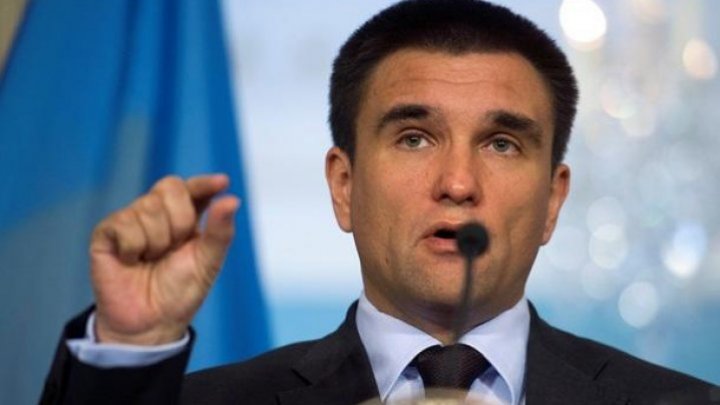 Moldova's political crisis was discussed on June 14 by the Ukrainian Foreign Minister, Pavel Klimkin and his Romanian counterpart, Teodor Melescan. The two officials referred to the created situation after the power surrender by the PDM in the new Government's favor, named PSRM-ACUM alliance.

'It is very important for Russian not to use Moldova as a testing area for creating solutions on the purpose of Moldova's independence removal', declared Klimkin at a talk-show from TV '7 kanal' from Odessa, reports 24tv.ua, quoted by timpul.md.

This way, the Ukrainian Minister drawn attention on the necessity to not allow Russia to raise it's influence on Moldova.

'When being in Chisinau, the vice-PM Dmitri Kozak the exact terminology used by him in the Donbas case', underlined Klimkin.

We mention that on June 13, Pavel Klimkin said that Russia deliberately tries to stop the force and goods sharing in Donbas. Through these 'tricks of the Russian part' , by his opinion, it is followed the worsening of Ukrainian positions within negotiations, also counting the planned visits of the president Volodimir Zelenski in Germany and France.
AFLĂ imediat Știrile Publika.MD. Intră pe Telegram