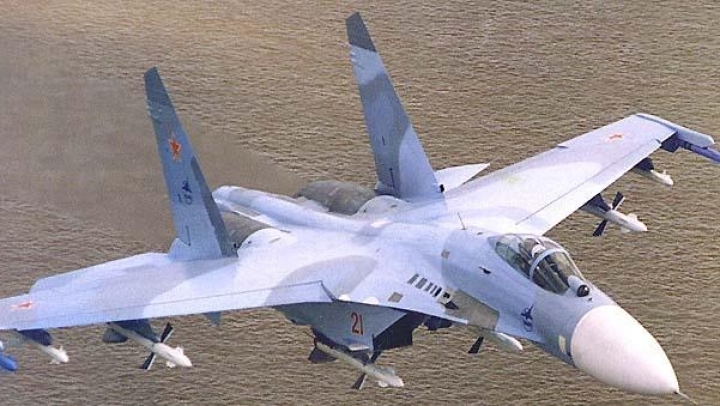 Ukrainian military air force is expected to participate in the International Air Show, that is scheduled to take place in Bucharest.

Two fighter jets SU-27 and SU-27UB as well as a military transport aircraft AN-26 will show what they are capable of in the air.

Event attendees are also expected to have an opportunity to have a closer look at the aircraft, as the airplanes will be demonstrated on the ground.

Ukrainian participation in the show is a part of the official visit of the country's Defense Ministry to Romania.

Kyiv is looking to strike a deal with other participant Denmark on military cooperation, namely, holding a joint operation "Northern Hawk-2017".

The operation is a delivery mission, during which Ukrainian IL-76 pilots will transport almost 1 mln tonnes of cargo to station Nord, a military and scientific station in northern Greenland, Ukraine Today reports.