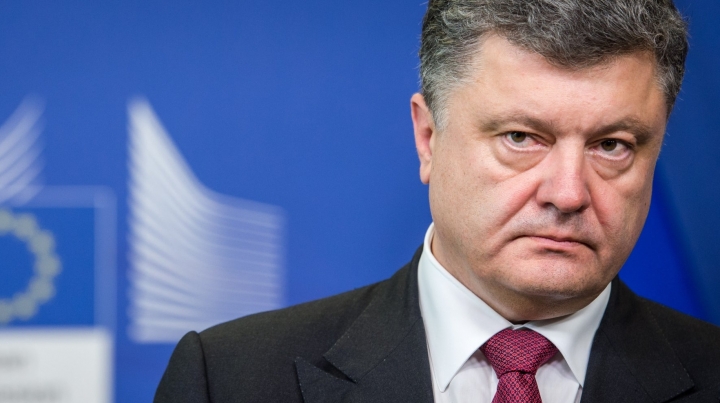 Ukrainian President Petro Poroshenko said on Thursday he did not rule out introducing martial law and a new wave of military mobilization if the conflict with pro-Russian separatists worsened.

Poroshenko made his comments as fresh tension with Russia over Crimea reignited fears that a fragile ceasefire deal hammered out in the Belarussian capital Minsk in February 2015 could collapse following the deadliest month of fighting in a year.

"If the situation escalates in the east and in Crimea we don't rule out the possibilities (that) we will be forced to introduce martial law and announce a (further) mobilization," Poroshenko said in a televised speech from the western Lviv region.

Poroshenko did not make clear what introduction of martial law might mean, and whether he was talking about martial law in the whole country or only in some parts.

Ukrainian law stipulates that martial law is passed through a presidential degree that needs to be approved by parliament. It could include restrictions of the movement of people, banning political parties and certain institutions and public gatherings.

Since 2014, Ukraine's pro-Western leadership has announced several waves of mobilization, calling up Ukrainian men to join the military in its fight in the eastern Donbass region.

Earlier on Thursday, the Ukrainian military reported that three servicemen had been killed and six wounded in fighting over the past 24 hours.