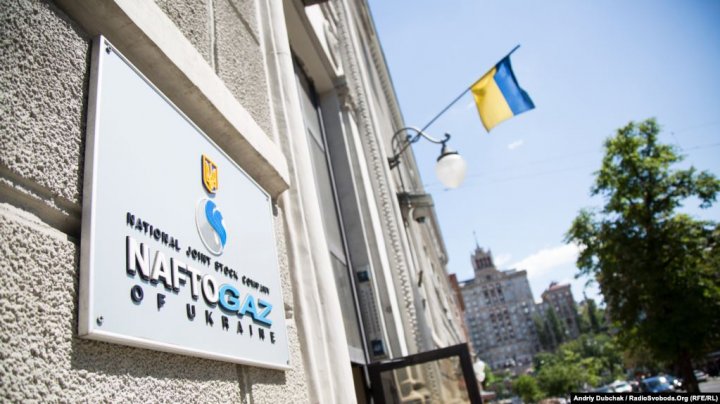 The Naftogaz Corporation of Ukraine has subjected to criticism the accords reached between the Presidents of Russia and Moldova concerning a gas price discount for Moldova to be given by Russia.

The neighbor country’s leading oil and gas company wrote in its commentary published in the social networks that “Ukraine has already marched this road, when state interests were exchanged for bizarre discounts and promises”.

“Five years ago we proved to ourselves, and to Europe, and to Russia that it is possible to provide the country with gas without the Russian Gazprom Concern and without politics – and even to save money on all this. Today Moldova can avail itself of the possibilities, for which we struggled so hard in 2014-2015”, believes the Naftogaz administration.

In its opinion, “Russia, as an experienced political marketer, has once again offered a discount which is actually no discount at all”, writes Infotag.

“A simple mathematics shows that if Moldova had purchased gas in Slovakia and pumped it through Ukraine, then the price at the entry [to Moldova?] would have been around US$190 [per a thousand cubic meters], whereas the “fraternal price with a discount from Gazprom is US$237, which is 20% above the market price accessible for Moldova”, believes Naftogaz.

This opinion is shared by the Director General of the “Ukrainian Gas Transportation System” Sergey Makogon, who explained: “If to subtract from the Gazprom price the cost of transportation to Slovakia and back, then the Russian gas price in Moldova should now be about US$110-120, which is twice smaller than the current price”.

In his belief, “Such mathematics should prompt the Moldovan Government to certain conclusions”.

As was already reported by Infotag, President Dodon stated at a news conference on Monday, describing his last Saturday’s working visit to Moscow: “We have reached an agreement that from October 1, 2019 the tariff of the Russian natural gas supplied to Moldova will be lowered by US$10-15 per a thousand cubic meters. This permits us not to raise tariffs for our ultimate consumers. And from January 1, 2020 one more price lowering is possible – by another US$40-50, and from April 1, 2020 – by US$70. In such case, a slight tariff lowering will be even possible. At any rate, there will be no growth of tariffs for local consumers”, said Igor Dodon.

In his words, in the present-day situation, a tariff growth was almost inevitable because the real price of Russian gas is now standing at US$235 per a thousand cubic meters, whereas the current tariff set by Moscow for Moldova makes US$178.