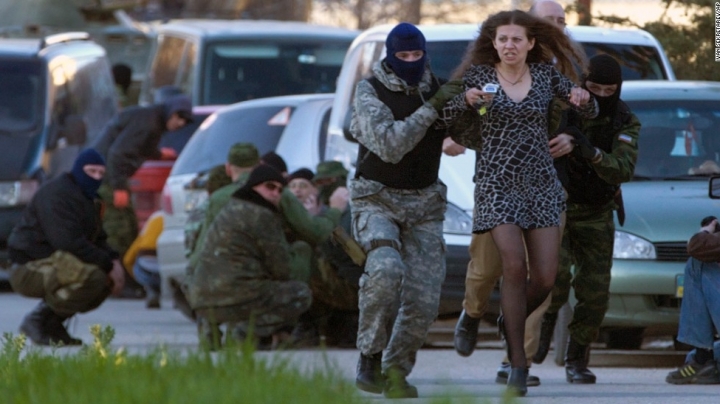 Ukraine warned its citizens on Wednesday against traveling to Russia, saying they were at risk following an increase in harassment and detentions of Ukrainians by Russian security services.

The move is further testimony to the breakdown in relations between the one-time allies in the wake of Russia's annexation of Crimea in early 2014 and support for pro-Russian separatists in the ensuing conflict in eastern Ukraine.

"On the territory of the aggressor-state, the number of unjustified detentions of our citizens has increased," the Ukrainian foreign ministry said in an online statement.

"Russian law enforcement bodies treat Ukrainians roughly, using unacceptable methods of physical and psychological pressure, torture and other acts," it said, warning citizens against traveling to or through Russian territory.

On Monday a Ukrainian journalist was arrested by Russia's FSB security service and accused of gathering secret information about Russian defense and security bodies - charges Ukrainian authorities said were trumped up.

The arrest has prompted Ukrainian authorities to consider introducing visa requirements for Russian citizens on the expectation that Russia will tighten rules for Ukrainians wishing to travel to Russia.