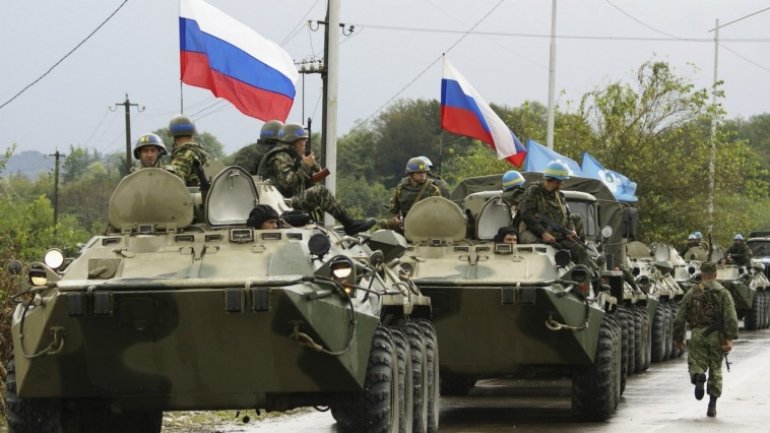 foto: A column of Russian troops prepares to leave the checkpoint at a bridge over the Inguri River in Western Georgia, in October 2008, after securing the secession of Georgia's breakaway South Ossetia region. Foto: Levan Gabechava
AFLĂ imediat Știrile Publika.MD. Intră pe Telegram

Ukraine supports Moldova in its attempt to withdraw Russian troops illegally stationing on the left bank of the Dniester/Nistru River. Deputy in Kiev Irina Friz wrote this on her social network.

According to the official, all international mechanisms must be used to remove the last 14th Army contingent.

Chisinau on Wednesday sent a letter to the UN to raise the issue of the withdrawal of Russian troops from Moldova. This request hopes to be included on the agenda of the next session of the General Assembly scheduled on 12 September.