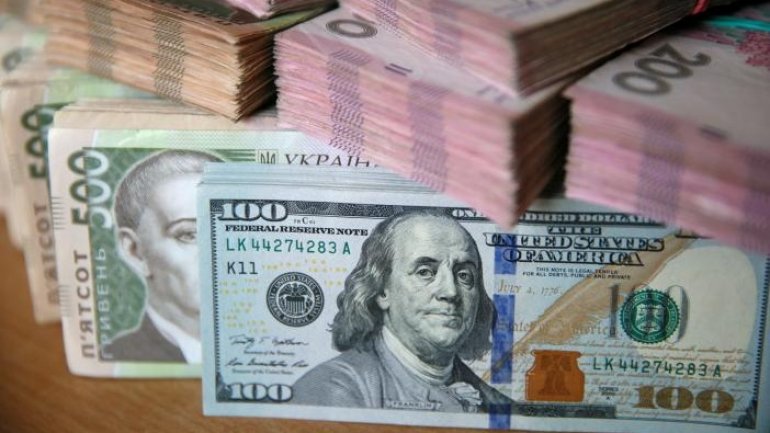 Two years after angry Ukrainians deposed Viktor Yanukovych and broke into his vast, opulent residential compound outside Kiev, revelations thrown up by a new system that requires government officials to declare their wealth and property online have led many to suspect the new elite are no better, reports The Guardian.

The declarations, which all officials were required to file by Sunday evening, have made public many curiosities, including politicians who own multiple luxury watches, Fabergé eggs and large collections of weapons. One politician declared that he owned a personal church.

By far the biggest shock, however, has been just how much money Ukraine’s politicians seem to stash away in hard cash.

The prime minister, Volodymyr Groysman, declared $1.2 million and €460,000 in cash, as well as a collection of luxury watches. Many other officials declared hundreds of thousands of dollars worth of cash.

“Everyone is amazed that there is so much cash in our country,” said Kristina Berdynskykh, an investigative journalist who has written extensively on corruption among the elite.

Mikhail Dobkin, an opposition MP, declared 1,780 bottles of wine, while Roman Nasirov, the head of the state fiscal service, declared that together, he and his wife owned Swiss watches, diamonds, fur coats and held more than $2 million in cash.

Observers have pointed out that when the head of the national bank keeps his savings in dollars, it can hardly fill the population with confidence about the prospects for the hryvnia, Ukraine’s national currency.

Other curiosities found among the declarations included a Nazi SS dagger and medieval religious icons. Anatoly Matviyenko, the deputy leader of the presidential faction in parliament, declared ownership of a church.

“The other thing that is amazing is the excess. Even if someone is well-off, it’s not clear why a state official requires 10 luxury watches, 30 plots of land or his own personal chapel,” Berdynskykh said.

One of the key demands of the Maidan revolution of 2014 was an end to the rampant corruption that plagued the country. When protesters stormed Yanukovych’s compound they found gold-plated golf clubs, a petting zoo and a replica of a Spanish galleon moored in a manmade lake.

The current president, Petro Poroshenko, is a billionaire tycoon, but promised a new, more transparent kind of politics. Critics say reform efforts have stalled and that despite impressive rhetoric, the government has done little to transform the fundamental nature of Ukrainian business and politics.

Setting up the electronic declaration system was one of a number of conditions laid down by the EU as requirements to ensure a visa liberalization deal for Ukrainians. Anders Fogh Rasmussen, the former secretary general of Nato, who is an adviser to Poroshenko, said: “Ukraine has taken a crucial step to break with corruption and ensure a clean and efficient public administration. The e-declaration is of paramount importance and all of Europe should take notice and applaud this important step.”

Poroshenko called the declarations “a truly historic event of openness and transparency”.

However, inside the country, the response was far from enthusiastic. One columnist referred to Ukrainian officials as “moral degenerates”. In a society where the average wage is under £200 per month, the lavish wealth on the declarations only underscored the vast gulf between the political elite and average Ukrainians who are largely impoverished.

There was also anger at such vast displays of wealth while thousands of Ukrainians in the army receive low salaries to risk their lives on the frontline of a war with Russia-backed separatists in the east of the country.

The key indicator of whether the declarations serve their purpose in the fight against corruption will be what action is taken by the country’s authorities to investigate them.

Berdynskykh said: “It’s amazing how much information we have now, as a journalist I couldn’t have dreamed of this before. Some MPs have released the names of offshore companies they are linked to, and it will be interesting if the anti-corruption bureau will actually follow up with real questions now.

Also, some MPs have said nothing, claiming they have no bank accounts, no cash, and live only on their official salary. And we all know this isn’t true. Will they be checked as well?”