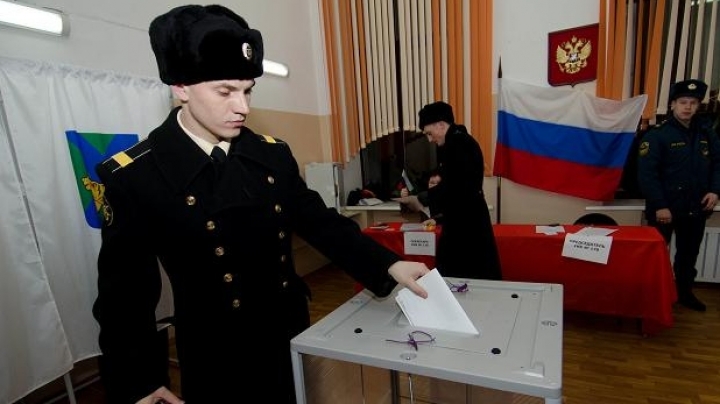 Ukraine has protested to the Commonwealth of Independent States (CIS) over the organization's plans to send observres to the Russian State Duma elections in the region of Crimea, which Russia annexed from Ukraine in 2014.

Ukraine's Foreign Ministry on August 18 published a statement saying the CIS "has been formally notified about the Ukrainian stance regarding the Russian intention to spread [the elections] into the temporarily occupied territory" of Crimea and the Crimean city of Sevastopol.

It noted that the elections "will not have any legal consequence" and added that any monitoring of the "farce election will be seen as an unfriendly move."