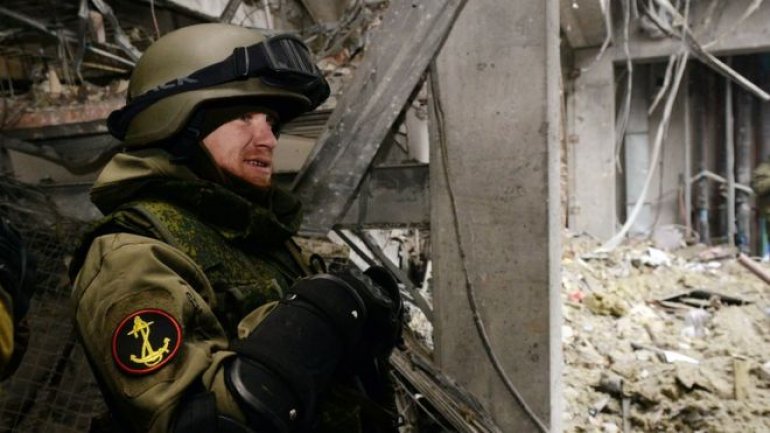 Russian-born Arsen Pavlov, nicknamed "Motorola", was killed by a bomb blast in the lift of his apartment block on Sunday, in the city of Donetsk.

The claim was made in a short video clip tweeted by Alexander Kots, a Russian war correspondent. Four masked men with guns appeared in it. Russia backs the Donetsk insurgents.

Born in Komi, northern Russia, in 1983, he called himself a "volunteer" - which is what the Kremlin calls all the Russians fighting in the rebel ranks. Many of the rebel commanders are Russian citizens.

Ukraine, Western leaders and Nato say there is clear evidence that Russia has supplied the rebels with heavy weapons and regular troops. Russia denies that, but it is hostile to the Kiev government and openly supports the rebel cause.

One of the rebel leaders in Donetsk, Denis Pushilin, confirmed that a bomb blast had killed Motorola in the lift as he was returning home. It also wounded several others, he said.

In the video, the Misanthropic Division warned that it would target rebel leaders Alexander Zakharchenko and Igor Plotnitsky next.

The continuing use of heavy weapons along the front line in eastern Ukraine is undermining a fragile ceasefire.

Mr Zakharchenko called Motorola "my close friend". He said Ukrainian President Petro Poroshenko had breached the Minsk ceasefire deal and had "declared war". "Now you wait and see," he warned.

In April last year Motorola told the Kiev Post that he had shot dead 15 Ukrainian soldiers captured by the rebels.