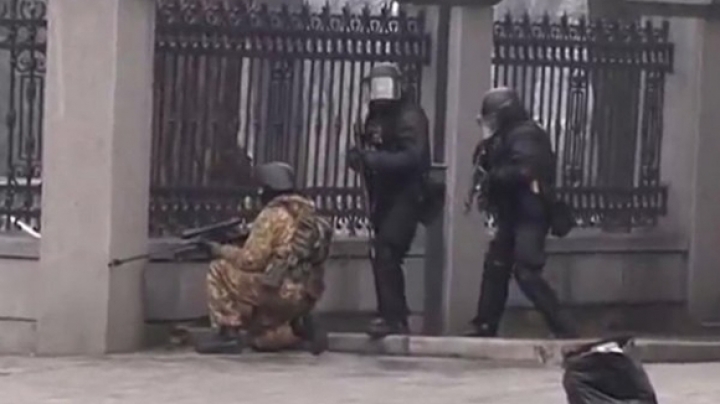 Ukrainian authorities have arrested four former officers of the "Berkut" riot police for their alleged role in the violent dispersal of pro-European protesters in Kyiv in early 2014.

Larysa Sarhan, a spokeswoman for Ukraine's Prosecutor-General's Office, said that the four suspects were serving on Ukraine's national police force at the time of their arrest on June 23.

The four are alleged to have used violent force to disperse protesters in Kyiv on February 18, 2014, during the final days of pro-Russia former President Viktor Yanukovych's rule.

They have been charged with abuse of power, attempted murder, and illegally preventing citizens from gathering and demonstrating.

One of the suspects was also charged with the premeditated murder of more than one person.

More than a hundred people were killed in and around Kyiv’s central Independence Square, known as the Maidan, from February 18 to 20, 2014.