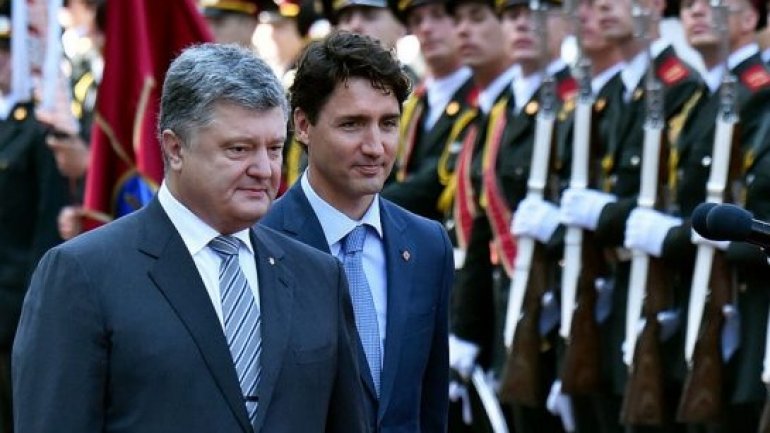 A Ukrainian envoy says his government is growing concerned about whether Canada will continue its military support to help the country deter Russian aggression.

The mission is set to expire at the end of March.

But with thousands of U.S. troops arriving in Poland and neighbouring countries to bolster NATO forces, Ukraine — not a NATO member — is anxious to see an extension of Canada's commitment to it.

"It has taken us much longer than we expected to discuss the future format of our co-operation," Andriy Shevchenko, the Ukrainian ambassador to Canada, said in an interview. "We still don't have a formal response from Canada."

A spokeswoman for Defence Minister Harjit Sajjan offered no further clarification on Friday, saying in an email: "The announcement will come after cabinet has made a decision."

Shevchenko suggested Canada might be more carefully weighing its military contributions to the West's deterrence of Russia in eastern Europe in light of its upcoming responsibilities in Latvia.