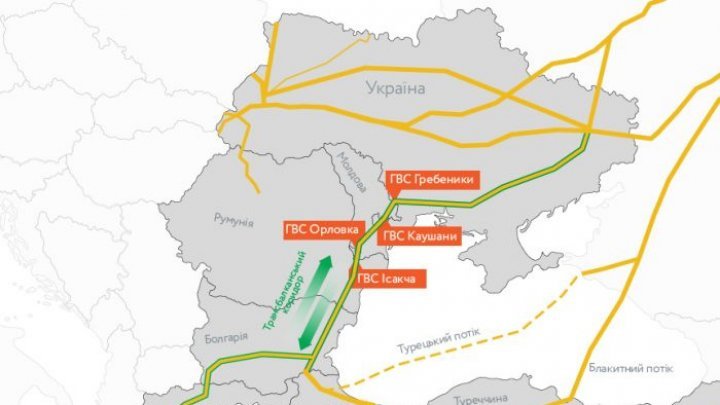 The Ukrainian and Romanian national gas pipeline operators have signed an interconnection agreement to allow gas supplies from Turkey and southern Europe to Ukraine and Moldova, the Ukrainian company announced on Wednesday.

The agreement allows all suppliers to transport the blue fuel without any difficulty with a new supply route – from Southern Europe and Turkey – via Bulgaria and Romania – to Ukraine and further to Moldova. Thus, starting from January, 1 at the interconnection point “Isakcha1-Orlovka1” the capacity will be available on the route Ukraine-Romania in the amount of 17.8 million cubic meters per day, as well as in the opposite direction – 15.8 million cubic meters per day.

“This is a historical and critical decision since it creates an additional route for the gas import to Ukraine, primarily to provide natural gas to consumers of Moldova and Ukrainian consumers in the Odesa region located near the border. It will allow going through the winter season without interruption, even in case of the possible termination of the transit from the Russian Federation,” commented Sergiy Makogon, CEO of the newly created GTS operator of Ukraine.

During a meeting in Brussels on December 12, 2019, the GTS operators of Ukraine, Moldova, Romania, and Bulgaria agreed in principle the text of agreements on providing a reverse through the Trans-Balkan pipeline, namely on Transit-1 in the direction of Bulgaria-Romania-Ukraine-Moldova.

Moreover, such agreement creates an additional technical opportunity for Moldova to alternatively import gas for its own needs from Turkey and Greece in case the Gazprom halt the transit through the territory of Ukraine.

Within the next few days the first auctions will be held for the reservation of capacities at the interconnection point “Isakcha1-Orlovka1”.