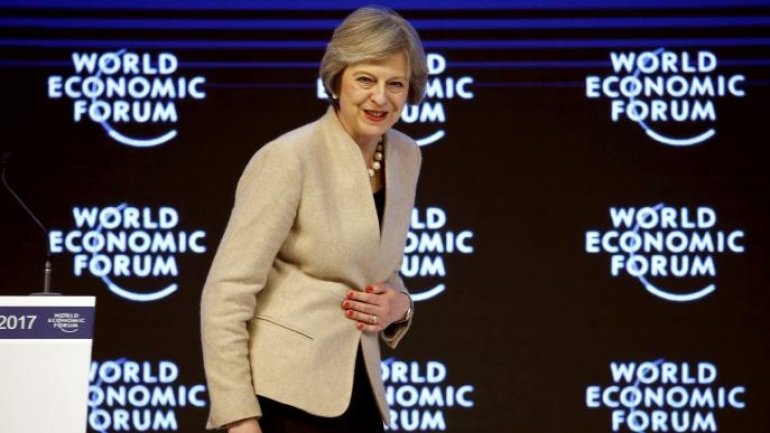 Britain is facing a period of momentous change following its decision to leave the European Union and will need to forge a new role in the world, Prime Minister Theresa May told the World Economic Forum in Davos, according to Reuters.

May, who has said Britain wants a "bold and ambitious" trade agreement with the EU when it leaves the bloc, said Britain would step up to a new leadership role as a strong advocate for business, free markets and free trade after Brexit.

"Let us not underestimate the magnitude of that decision. Britain must face up to a period of momentous change, it means we must go through a tough negotiation and forge a new role for ourselves in the world, it means accepting that the road ahead will be uncertain at times," May said.