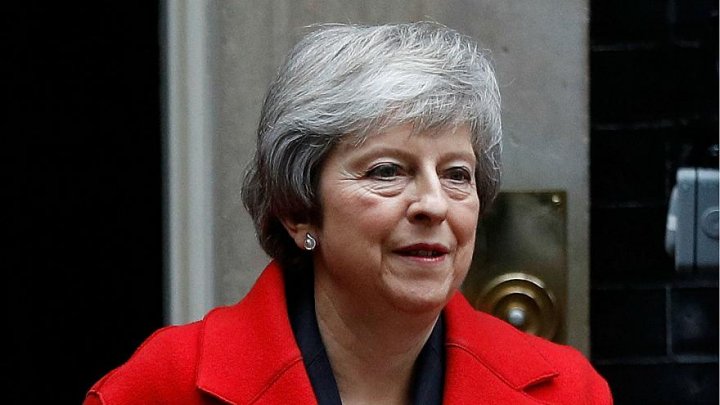 British opposition leader Jeremy Corbyn has challenged Prime Minster Theresa May's decision to delay a vote on Brexit in the House of Commons, arguing that her government is in "complete disarray."

Labour lawmakers shouted "Resign! Resign!' as May wrapped up her remarks Monday, adding further insult to the humiliation of failing to deliver on her signature piece of legislation, the Brexit divorce deal from the European Union.

Corbyn described the situation as unprecedented and serious. He says "the government has lost control of events and is in complete disarray."

Members of May's own party were quick to further criticize the way she's handled the negotiations.

May insisted that her Brexit deal was still "the best deal that is negotiable," and said rejecting it raised the chances of Britain crashing out of the EU with no agreement, bringing logjams to British ports and plunging the country possibly into the deepest recession in decades.

Pro-Brexit lawmakers say the deal keeps Britain bound too closely to the EU, while pro-EU politicians say it erects barriers between the U.K. and its biggest trading partner and leaves many details of the future relationship undecided.

The main sticking point is a "backstop" provision that aims to guarantee an open border between EU member Ireland and the U.K.'s Northern Ireland after Brexit.

The measure would keep Britain under EU customs rules, and is supposed to last until it is superseded by permanent new trade arrangements.

Critics say it could leave Britain tied to the EU indefinitely, unable to strike new trade deals around the world.

Pro-Brexit lawmakers said they wouldn't support May's agreement unless she renegotiated it to remove the Irish backstop.