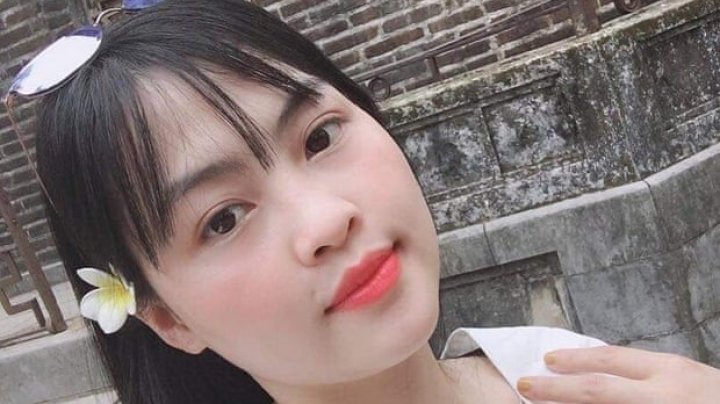 A family in Vietnam fears that one of the 39 people found dead in a refrigerated trailer in Essex this week was their daughter.

Releasing the devastating last text message from Phạm Thị Trà My, her family said they were desperately seeking information and trying to verify whether she was one of those who had died.

Initial reports by police had suggested all the victims were believed to be Chinese, writes The Guardian.

Essex police declined to comment when approached by the Guardian. In a separate statement on Friday, the force said: “As our investigations continue, the picture may change regarding identification.”

While the police have not yet confirmed the identities of those in the trailer, the family’s fears highlight the difficulties in obtaining information on trafficked individuals.

In the message to her mother, feared to have been sent in her final moments, the 26-year-old wrote that she was struggling to breathe and apologised.

The message, translated into English by a family acquaintance, was received at 4.28am on Wednesday morning in Vietnam, a screenshot shows. This would have been 10.28pm UK time, when the trailer carrying the victims would have been in transit – and just four hours before the ambulance was called and the bodies were discovered.

In messages from an account nicknamed ‘daughter’, Phạm wrote: “I’m sorry Mum. My journey abroad hasn’t succeeded. Mum, I love you so much! I’m dying because I can’t breathe ... I’m from Nghèn, Can Lộc, Hà Tĩnh, Vietnam ... I am sorry, Mum.” One message has been blanked out because it mentioned the family’s address.

The screenshot also shows that Phạm has not accessed the account since Wednesday. 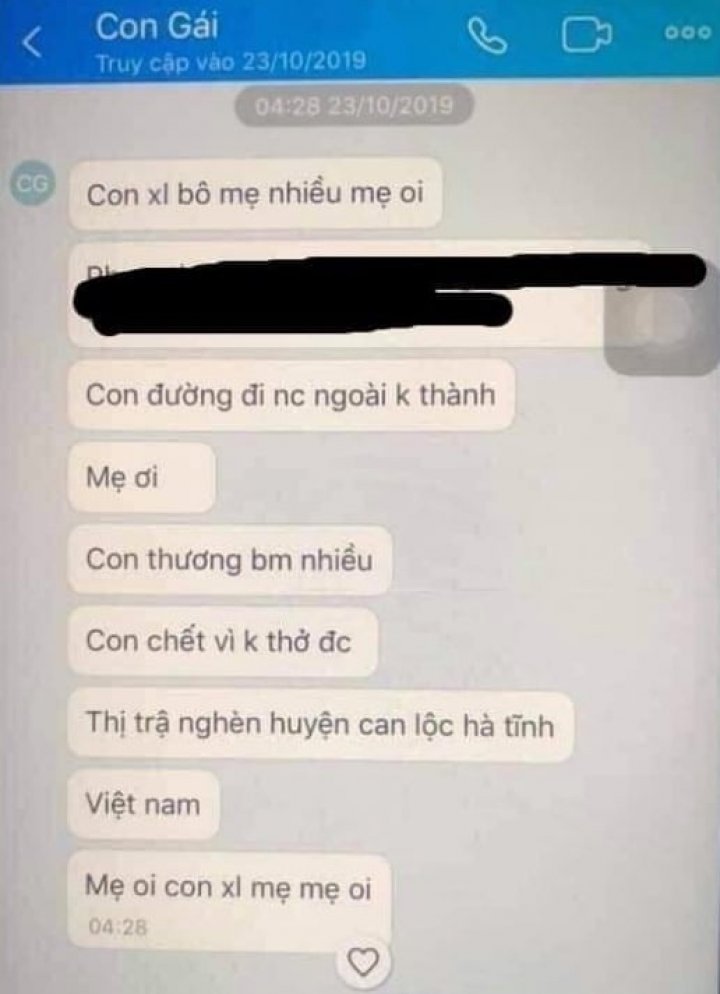 The Vietnamese Embassy in London confirmed it has contacted police in regard to a missing woman feared to be one of the 39 people found dead in a lorry in Essex.

A spokesman for the embassy said they had been contacted by a family in Vietnam which claimed their daughter had been missing “since the lorry was found”.

The spokesman said: “We have contacted Essex Police and we are waiting for an answer.”

Trafficked migrants are rarely on any kind of formal manifesto and victims’ families may in some cases be in danger themselves if they acknowledge their disappearance. They may also fear that by going public they will put their loved one at risk of arrest if they are in fact still alive.

Mimi Vu, a leading expert on trafficking of Vietnamese young people to Europe and the UK, said the texts appeared to be authentic. “She writes her name and where she is from, which is very important, to tell people where she should be buried. It is important for the body to be returned to the place of birth,” said Vu, who has been working in Vietnam on trafficking and slavery issues for the past seven years.

Vu noted that occasionally people were given false Chinese passports, if they were trafficked through China, which could lead to confusion.

Following Phạm’s disappearance, her brother posted a message on a forum regularly used by Vietnamese people looking for missing relatives.

He wrote that Phạm, who lived in the Nghèn township in Can Lộc district, left the rural province of Hà Tĩnh in northern Vietnam on 3 October before travelling to the capital, Hanoi, to “finalize her papers to go China”.

She then flew to France and on to the UK, he said. However, she was allegedly arrested on arrival in the UK before being sent back to France.

In the post, her brother added: “She was arrested a few days ago by UK police and they returned her to France. Now we heard that she might have died. I am posting to ask for her whereabout and if you tell me your projection about her situation.”

Hoa Nghiem, a coordinator at Human Rights Space, a civic network based in Vietnam, said she had spoken with a lawyer who was trying to help the family.

She said: “The girl’s family got in touch with the lawyer – who has dealt with cases like this before – asking if she could help. They are desperate for any information about their daughter.

“They just want any updates and have been posting on forums and speaking to the lawyer about getting help.”

Nghiem said she knew of at least six Vietnamese families who were concerned that their relatives were among the 39 people found dead in the refrigerated container.

Three of the families, all with missing sons – one born in 2004 – had been sent word that their loved ones would shortly arrive in Britain. “They said they received information that their family members were about to reach the UK on October 23, that they should be prepared to pay. But then the contact disappeared,” Nghiem said.

The province of Hà Tĩnh is a hotspot for trafficking, with many immigrants travelling into China first obtaining a Chinese passport and then travelling on to Europe.

“I understand that we are getting to know more and more about similar situations. The province is known for sending people illegally to Britain. When they get to China they then travel on from there,” added Nghiem.

Vietnam was the country with the third highest number of suspected victims of modern slavery in the UK in 2018, as identified by the national referral mechanism (NRM), the official framework for identifying victims of human trafficking and ensuring they receive the appropriate protection and support.

A 2012 government report assessing human trafficking routes highlighted a journey from Vietnam to UK that passed through China, Russia and northern or western Europe.