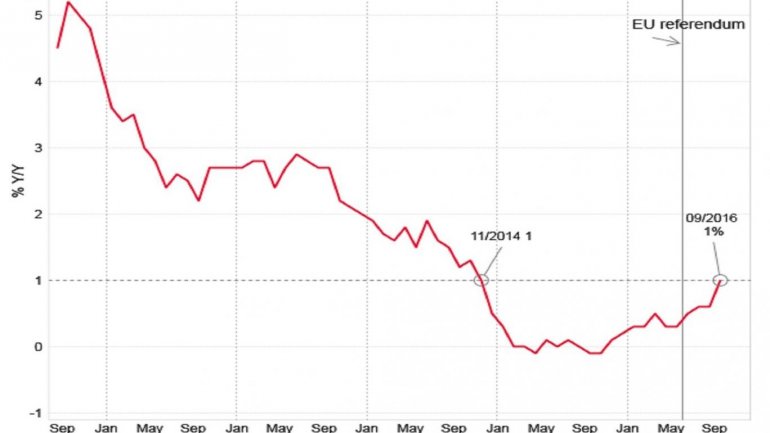 The Office for National Statistic said the annual rate of CPI inflation was 1 per cent, up from 0.6 per cent in August and slightly higher than City of London analysts had been expecting.

That is the biggest monthly rise in the cost of houselhold items since November 2014.

UK inflation was driven up by rising prices for clothing, overnight hotel stays and motor fuels, according ONS data.

The Retail Prices Index (RPI) measure of inflation, which includes housing costs, has also risen to 2.0 per cent in September from 1.8 per cent in August.

This suggest the sharp fall in the value of the pound following the June refrendum is already pushing up the imports costs of domestic manufacturers, which is likely to feed through into UK consumers prices in the coming monthws.