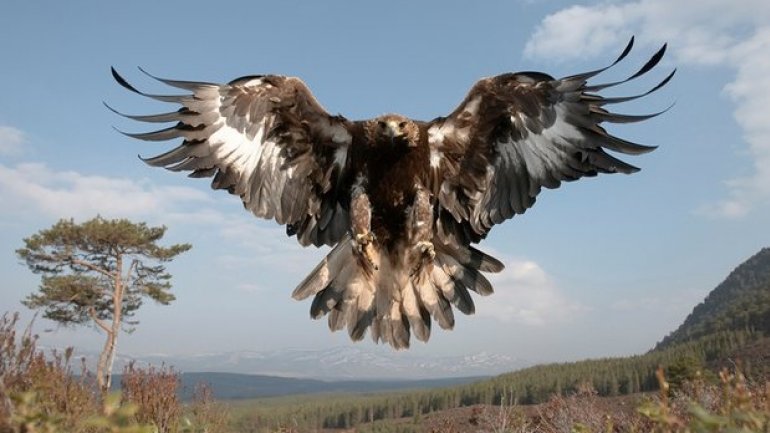 Britain’s golden eagle population has soared to new heights, according to a new survey, The Guardian informs.

There are now more than 500 breeding pairs in the UK, up 15% and passing the threshold at which bird’s long-term future is thought viable.

The huge raptors, which have a wingspan of 2m, have benefitted from fewer illegal killings and less grazing on hills by sheep and deer which leads to reduced prey, such as hares and grouse.

However, the birds still only occupy about two-thirds of their traditional territories, with particularly low numbers in the east of Scotland. In that region many of the empty ranges are on land intensively managed for driven grouse shooting and several illegal killings have occurred in recent years.

Golden eagles were once common across Britain but had disappeared from England and Wales and fallen to very low numbers in Scotland by the mid 19th century due to widespread persecution.

The surviving population in Scotland then suffered a sharp decline in breeding success in the 1960s due to organochlorine pesticides which caused mass infertility. Golden eagles are usually long-lived, with many adults living for up to 25 years.