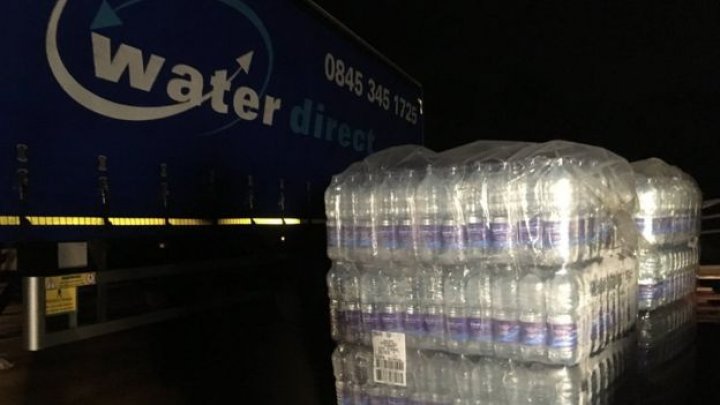 Homes across the UK are facing water supply problems - with thousands of people in Wales and south-east England urged to use as little as possible, wrote BBC.

Water companies say a weather thaw has resulted in low pressure issues, and a number of burst water mains and leaks.

About 5,000 homes are without water in Kent, thousands of properties are affected in Wales, while about 12,000 homes in London lost water overnight.

The Midlands, Wales and Scotland are also affected by intermittent supply.

Increased demand on Monday morning has put pressure on many water networks, with suppliers warning of poor water pressure and intermittent supplies as they try to refill pipes.

At its peak, more than 20,000 homes in London were left without water on Sunday, while some schools in the capital have said they will be closed on Monday because they cannot guarantee running water.

Southern Water said it was working to restore supplies to up to 5,000 homes in Sittingbourne, Kent, urging customers to "only use the water you absolutely must".

Welsh Water said between 3,000 and 6,000 customers were without water on Monday morning, saying it was dealing with 200 leaks, adding: "It's been a really challenging 72 hours for us".

Elsewhere, Severn Trent apologised to customers in parts of north Derbyshire with little or no supply - but said it had restored water supplies to households in Birmingham, north Nottingham and Rugby and Southam, Warwickshire, on Sunday night.

South East Water said the cold snap and subsequent thaw had put "extreme pressure" on its network and has set up a number of bottled water stations in Sussex and Kent.

Wessex Water, Yorkshire Water and South West Water all said they were dealing with problems.

Welsh Water said its team had been working through Sunday night to fix bursts and detect leaks, adding: "These problems are likely to continue over the next few days".

Scottish Water said: "Weather and road conditions have presented challenges in maintaining our usual response services and we apologise if you've experienced a delay in us getting to you."

In London, customers said they could not register outages as the helpline is unavailable, while shops reportedly ran out of bottled water in some areas.

"We are putting as much extra water as we can into our local networks and fixing leaks and bursts as quickly as possible," Thames Water said in a statement.

"Please do not use water for anything that isn't essential. This will make a real difference."

He said there had been a "20% jump in the demand for water in the last five days".

The problems came after a prolonged period of cold weather for much of the UK.

As the snow and ice melted over the weekend, holes were then exposed.

Temperatures in most places increased over the weekend, however, two yellow warnings for ice are still in place in Scotland and for snow and ice in northern England and Northern Ireland.

A weather warning for Scotland has been extended into Tuesday.