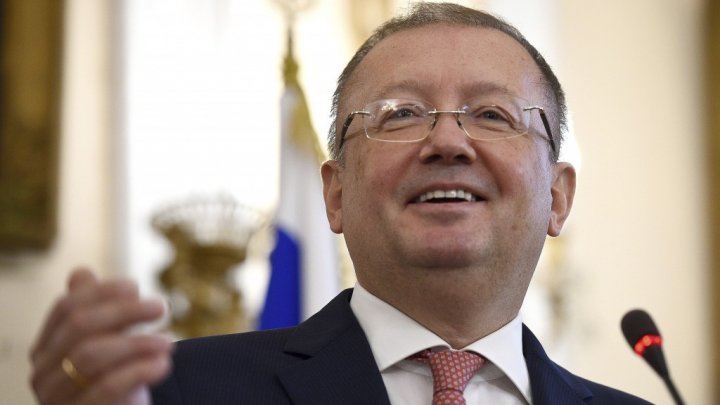 THE Latest on the poisoning of an ex-Russian spy in Britain (all times local):

Lithuania's president says she is weighing whether to expel Russian diplomats over the nerve-agent attack on an ex-Russian spy in Britain on March 4.

Britain has expelled 23 diplomats over the poisoning attack on a former Russian double agent and his daughter in England. It blames Moscow for the military grade nerve-agent attack. Both father and daughter are in critical condition.

Russia's ambassador to the U.K. says Britain has a history of violating international law and can't be trusted in investigating the poisoning of a former Russian spy in Britain.

Ambassador Alexander Yakovenko told reporters on Thursday that Britain has blamed Russia for the March 4 nerve agent attack on Sergei Skripal and his daughter Yulia in southwestern England but presented no evidence.

Yakovenko says his country "can't take British words for granted," and accused the U.K. of having a "bad record of violating international law and misleading the international community."

He says "history shows that British statements must be verified. We demand full transparency of the investigation and full cooperation with Russia" and the Organization for the Prohibition of Chemical Weapons.

The Kremlin has denounced British Foreign Secretary Boris Johnson's statement comparing the World Cup in Russia to the Olympics hosted by Nazi Germany as "utterly disgusting."

The tough response marks an escalating war of words between Moscow and London over the poisoning in southwestern England of former Russian spy Sergei Skripal and his daughter with a military-grade nerve agent. Britain blamed the attack on Russia, which fiercely denied the accusations.

Johnson agreed Wednesday with a Labour lawmaker who likened the soccer World Cup hosted by Russia this summer to Adolf Hitler's use of the 1936 Olympics as propaganda for his regime.

Russian President Vladimir Putin's spokesman Dmitry Peskov described it Thursday as "the utterly disgusting statement which is unworthy of a foreign minister of any country." He called Johnson's words "insulting and unacceptable."