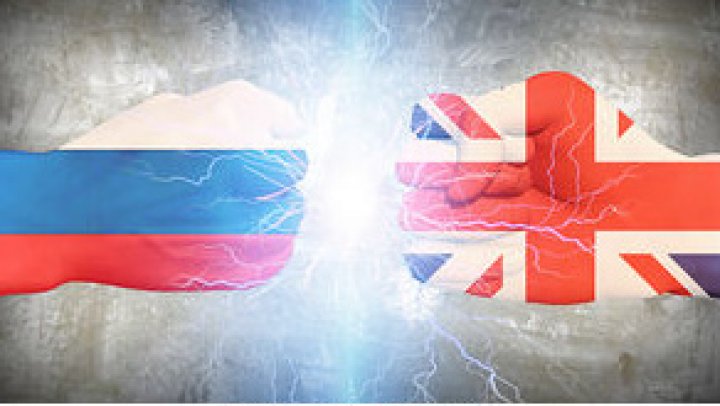 London is being used as a "base for the corrupt assets" of individuals linked to Russian President Vladimir Putin and the Kremlin, the U.K.'s foreign affairs committee said in a report published Monday, writes CNBC.

"The use of London as a base for the corrupt assets of Kremlin-connected individuals is now clearly linked to a wider Russian strategy and has implications for our national security," the report, "Moscow's Gold: Russian Corruption in the U.K.," said.

It said that combating dirty money being laundered in the capital by Russians "should be a major U.K. foreign policy priority."

The assets "stored and laundered in London, both directly and indirectly, support President Putin's campaign to subvert the international rules-based system, undermine our allies, and erode the mutually-reinforcing international networks that support U.K. foreign policy," the committee said.

However, it said that the U.K. was itself guilty of "turning a blind eye to London's role in hiding the proceeds of Kremlin-connected corruption." This risked "signaling that the U.K. is not serious about confronting the full spectrum of President Putin's offensive measures."

Instead, the report insisted that Downing Street needed to set out a more "coherent and pro-active strategy on Russia," led by the Foreign and Commonwealth Office and co-ordinated across the whole of government, "that clearly links together the diplomatic, military and financial tools that the U.K. can use to counter Russian state aggression."

That London is a home for dirty money won't surprise many, with the city well-known as a home for Russia's wealthy ex-pat community, including oligarchs and businessmen. The large number of Russians in the city has earned it the nickname "Londongrad," and speculation over the source of that affluence.

The foreign affairs committee said the city was like a "laundromat" for Russia's corrupt assets.

Tasked with examining what action the British government could take against the proceeds of Russian corruption being funneled into the country, the committee made several recommendations that it said could strengthen anti-money laundering strategies.

These included strengthening sanctions against individuals closely connected to hostile regimes, where appropriate, and linking sanctions relief to changes in Russia's behavior. It also called for accelerated legislation to establish a register of ownership for overseas companies that could expose individuals who purchase U.K. property through offshore shell companies, disguising their identities and the "potentially corrupt" sources of their funding.

Most of all, the committee said that the U.K.'s current sanctions regime against Russia, could be strengthened in order to put more pressure on the Kremlin to "to change its aggressive and destabilizing behavior."

Timothy Ash, a senior emerging markets strategist at Bluebay Asset Management, told CNBC that there will questions as to what the U.K. can do, without coordination with the U.S. and European allies.

"That said, I think most people would accept there is considerable scope for the U.K. to tighten the regulatory environment around capital inflows, including perhaps tightening KYC ('know your customer' rules) around such entities. The rules/regulations are arguably already in place, they just need to be policed with more vigor," Ash said.

The committee said that anti-corruption legislation — the Sanctions and Anti-Money Laundering Bill — that is currently entering the final stages of its passage through parliament was an important opportunity to assess "the strengths and weaknesses of our existing sanctions regime, and to ensure that sanctions remain an effective part of the U.K.'s foreign policy toolkit."

The foreign affairs committee, which is made up of a select group of members of the U.K. parliament, said that the size of London's financial markets and their importance to Russian investors "gives the U.K. considerable leverage over the Kremlin," and that the government should work with the EU and U.S. "to prohibit the purchase of bonds in which a sanctioned entity has acted as book-runner. It should also seek EU agreement to bar the European clearing houses from making available Russian sovereign debt."

The report comes at a time of strained relations between Moscow and London. Tensions peaked in March when a former Russian spy, Sergei Skripal, and his daughter were poisoned in Salisbury, England, with a Russian-made Novichok nerve agent. The U.K. government said it was "highly likely" that Russia was behind the attack.

The episode led to a war of words between the two countries, the mutual expulsion of diplomats and a long list of other nations showing solidarity with the U.K. by doing the same. The Skripals have been discharged from hospital after a long period in intensive care and taken to secret locations.

Monday's report said that despite the government's "strong rhetoric" following the Skripal attack, "President Putin's allies have been able to exploit gaps in the sanctions and anti-money laundering regimes that allow them to hide and launder assets in London."

This, it said, "undermines the strength and unity of the global diplomatic response to Russian state actions, threatens U.K. national security, and helps to enable corrupt kleptocrats to steal from the Russian people."