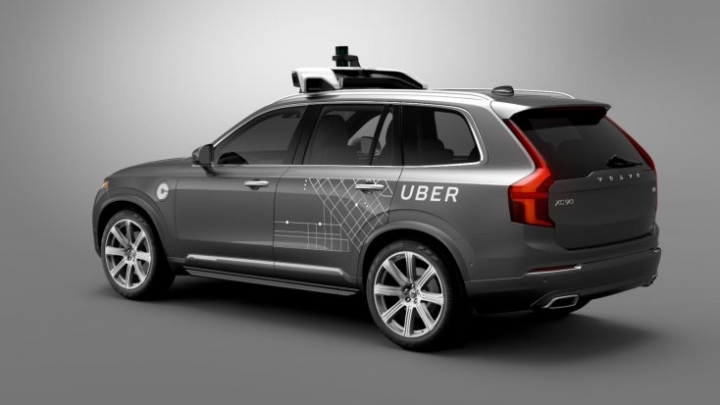 Bad news if you’re an Uber driver. In an interview with Bloomberg, CEO Travis Kalanick revealed that the company is preparing to add self-driving cars to its fleet of active drivers in Pittsburgh as soon as this month, reports TechCrunch.

The company will deploy around 100 modified Volvo XC90s outfitted with self-driving equipment. Each vehicle will be staffed by one engineer, who can take the wheel as/when needed, and a co-pilot to observe and take notes. There will also be a “liquid-cooled” computer sitting in the trunk recording trip and map data.

That will mean that regular Uber punters in the city have a chance of getting an autonomous vehicle for their ride — their trip will be free if so.

Precious little was known of Uber’s plans for self-driving cars, but the company told Bloomberg that it will outfit cars with autonomous driving kits rather than develop its own vehicles as Google is doing.

To do that, Uber has quietly snapped up Otto, a promising startup that launched this year to bring self-driving technology to trucks. Otto’s technology can be fitted to existing trucks, and, according to Bloomberg, the technology will be adapted to create a lidar — laser detection — system to power autonomous Uber vehicles.

The Otto acquisition is hugely notable, not only for the technology but the personnel involved.

The company was founded by former Googlers Anthony Levandowski, Lior Ron, Don Burnette, and Claire Delaunay. Levandowski led Google’s self-driving car efforts, Ron was an executive on Google Maps and Motorola, while other staff have spent time with Apple, Tesla and other notable automotive firms.

The deal is set to close as soon as this month, after which Levandowski will lead Uber’s driverless car efforts. In addition, two new R&D centers will open up to speed the technology’s development.

His additional comments — which include calling Kalanick a “brother from another mother” — hint at frustrations with the slow speed of development from Google’s self-driving project. Uber, it seems, is more willing to move forward with self-driving at a faster pace.

Time will tell how that plays out, but we’ll get our first glimpse soon enough.