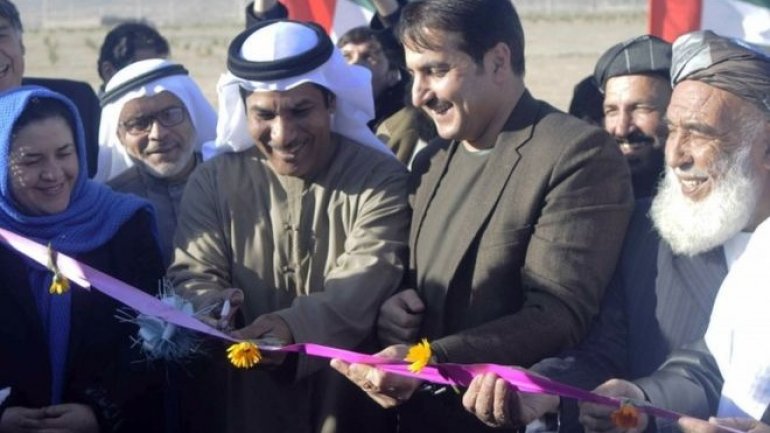 Five humanitarian workers from the United Arab Emirates (UAE) have been killed in a bomb attack in Kandahar, Afghanistan, informs BBC.

They died in blasts at the governor of Kandahar's guesthouse on Tuesday, where several others were also killed.

The governor and the UAE ambassador were among at least a dozen wounded.

The attack was one of several in Afghanistan on Tuesday. A twin bomb attack in Kabul killed 45 people, which the Taliban said it carried out.

The militant group denied earlier reports it was behind the attack in Kandahar, which it blamed on "internal local rivalry".

Afghan's Tolo News quoted survivors as saying that the bomb was hidden in a sofa at the guesthouse.

It said that Kandahar police chief Gen Abdul Raziq was among the guests, but was unharmed.

Three days of mourning have been declared in the UAE.

UAE President Sheikh Khalifa bin Zayed has ordered that flags across the country should be flown at half-mast in honor of its "martyred" citizens.

More than 50 people were killed and 100 wounded in a string of attacks on Tuesday.

In Kabul, a suicide bomber and a car bomb detonated near the Afghan parliament complex, while in Helmand province a Taliban suicide bomber targeted a guesthouse used by an intelligence official, killing at least seven people. The Taliban admitted both attacks.