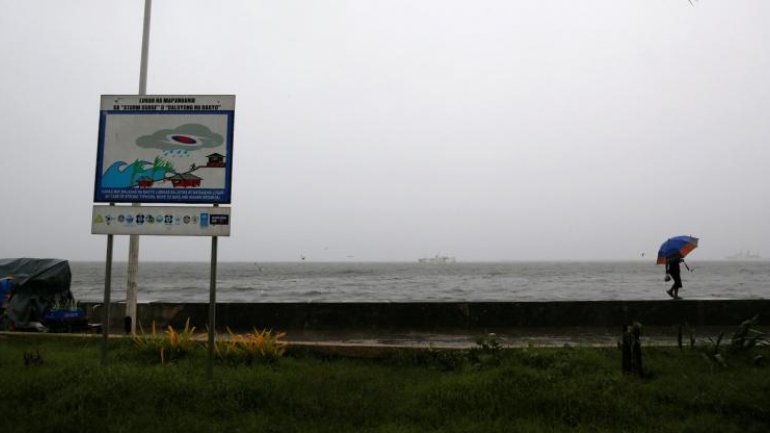 A typhoon that barreled into northern Philippine provinces on Sunday has further weakened as it moved toward the South China Sea, but the local weather bureau said it was closely monitoring another storm that could enter the eastern boundary by Monday, reports Reuters.

Weather forecasters said Typhoon Sarika was packing winds of up to 120 kph on Sunday afternoon as it moved out of the country.

As many as 2,552 families, or 12,496 individuals, had been pre-emptively evacuated before Sarika made landfall early on Sunday. Authorities were forced to cancel ferry services and as many as 160 domestic and international flights scheduled for the day.

The weather bureau has lowered storm warning signals but said it was keeping a close watch on the next weather disturbance named Haima.

"It's still far, out of the Philippine Area of Responsibility but it's now in the level of a storm. Over time, while traveling over water, it gains strength so that’s our next concern," said Ricardo Jalad, executive director at the National Disaster Risk Reduction and Management Council.

Jalad said the damage from Typhoon Sarika was "not that serious" as initially expected, but there were reports of landslides and flooding in some areas. The strong winds ripped off the roof of some houses and uprooted trees, he said.