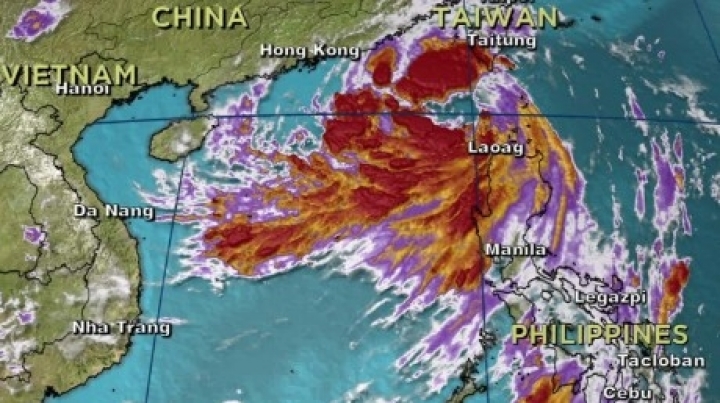 Nearly 200 flights have been canceled as Typhoon Nida heads for Hong Kong and southern China, after battering the Philippines over the weekend, reports CNN.

Nida is generating winds up to 150 kilometers per hour as it moves northwest towards southwest China.

According to Hong Kong International Airport's website, 181 flights scheduled to depart or arrive Hong Kong between Monday and Tuesday have been canceled.

All Cathay Pacific Airways and Dragonair flights scheduled to go through Hong Kong between 10 p.m. local time on Monday until 2 p.m. the next day will be suspended, the airlines said in a press statement.

The Hong Kong Observatory issued a Tropical Cyclone Signal 3 Monday at midday, closing all kindergarten schools and special needs classes. It will raise the signal to a level eight later in the evening.

Nida is expected to arrive during high tide increasing the threat of flooding, it noted.

China's National Meteorological Center also issued an orange alert warning for gales and torrential rain in its southern provinces. It is the second-highest level on the country's four-tier weather warning system.

People in affected areas have been instructed to stock up on daily necessities to last one to three days, the China National Commission for Disaster Reduction said, according to Xinhua.

Nida, also called Tropical Storm Carina, hit the Philippines on Saturday pouring up to 287 millimeters of rain over the country's northern parts.

Northern Luzon and the provinces of Zambales and Bataan are still on alert for flash floods and landslides triggered by the rains, the Philippines Atmospheric Geophysical and Astronomical Services Administration (PAGASA) said.