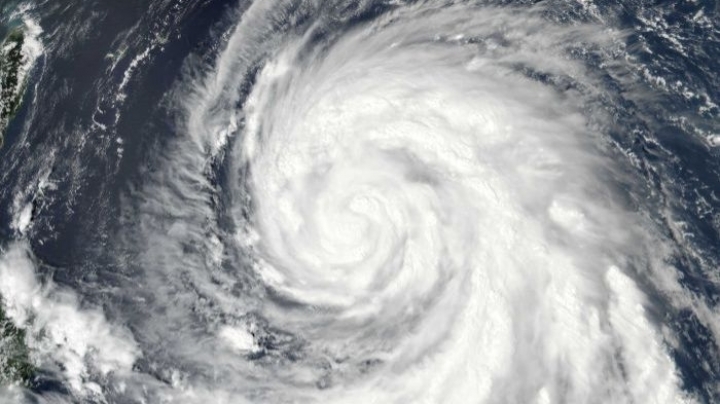 Typhoon Megi slammed into the coast of northeast Taiwan on Tuesday, injuring dozens and leaving almost a million homes without power, reports CNN.

At least 38 people had been reported injured on Tuesday afternoon, just hours after the tropical storm made landfall, according to Taiwan's Central News Agency.

Almost 1,000,000 homes were without power in the storm's wake, after some 1000 millimeters of rain fell in Yilan County.

The typhoon is the third storm system to hit the island in two weeks, lashing Taiwan with winds up to 230 kilometers per hour.

"Winds and flooding rain continue to be a problem with this system," CNN meteorologist Michael Guy said. "Landslides are also a major concern with the typhoon."

After tearing through Taiwan, the typhoon - equivalent to a category three hurricane in the Atlantic - is expected to weaken and make a second landfall in Fujian, eastern China, 24 hours later.

"The storm will continue to batter Taiwan for at least the next 12 hours before moving out to the Taiwan Straits and making a second landfall over China as a weak typhoon or a tropical system on Wednesday afternoon," Guy said.

He added flooding rains could continue to be a problem for the mainland of China as typhoon Megi passes over.

Work and classes were canceled across Taiwan as the typhoon closes in, according to Taiwan's government, while the Central Weather Bureau has issued warnings for "extremely torrential rain" in some counties.

Taiwan's stock exchange is also closed and all domestic flights and high-speed rail services have been canceled, according to the official Central News Agency.

#TyphoonMegi on the other side of the island as sent by friend. pic.twitter.com/hyyxwXQH5B

Typhoon Megi will be the third typhoon to smash Taiwan in September. Typhoon Meranti killed two people and injured 63 in the island's south on September 14, and then typhoon Malakas drenched Taiwan's north on September 16.

Typhoon Meranti was the strongest storm seen in the region since 2013, leaving hundreds of thousands of Taiwanese homes damaged or without power in its wakes.
AFLĂ imediat Știrile Publika.MD. Intră pe Telegram