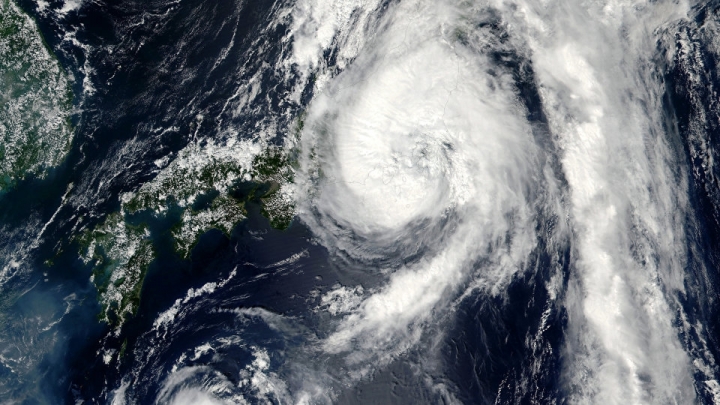 The eye of the storm was expected to reach the Sea of Japan by midnight Tuesday and then head toward northeast China. Lionrock is the fourth typhoon this season to make landfall in Japan and the first to hit the northeast from the Pacific Ocean since records began in 1951, according to the weather agency.

Unusual weather patterns have led Lionrock to take a slow and wandering path through the Pacific. It started off Japan’s eastern coast and initially headed south, before making a U-turn to the north and then veering northwest toward Japan’s main island.

Transportation was disrupted, with more than 100 domestic flights canceled due to the weather, according to national broadcaster NHK. Shinkansen bullet trains heading north were canceled, as were several ferry services operating in the typhoon zone.

Schools were also closed Tuesday in much of northern Japan. Evacuation orders were issued in areas in the typhoon’s path, while thousands of blackouts were also reported across a wide area. As of Tuesday evening, there were no reports of fatalities.

A swath of Japan’s northeast coast is still working to recover from the 2011 tsunami and earthquake that wiped out towns and destroyed infrastructure. The area is also home to the Fukushima Daiichi nuclear-power plant, which suffered multiple meltdowns in the incident and continues to undergo cleanup work.

Tokyo Electric Power Co. said offshore work would be halted and equipment would be bundled or stowed away during the typhoon to prevent accidents.