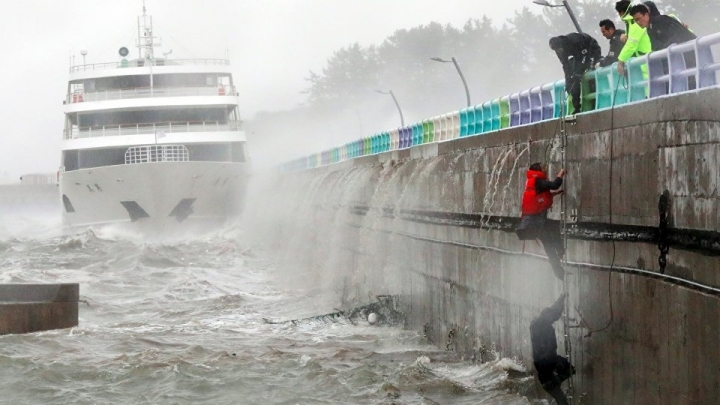 At least three people were killed and three others went missing after the typhoon swept over South Korean island of Jeju and the cities of Busan and Ulsan, according to national KBS broadcaster, reports Sputnik International.

The rainfall due to typhoon Chaba reached over 120 millimeters in some areas of the country, according to the Korean Meteorological Administration. About 58,000 houses are left without power in Busan and Jeju Island. The typhoon has reportedly disrupted transport services and air traffic.

Typhoon Chaba hammered parts of Japan's Okinawa prefecture on Monday, bringing more than 200 millimeters of rainfall. Over 590,000 residents of the Japanese Okinawa Prefecture were prepared for evacuation.