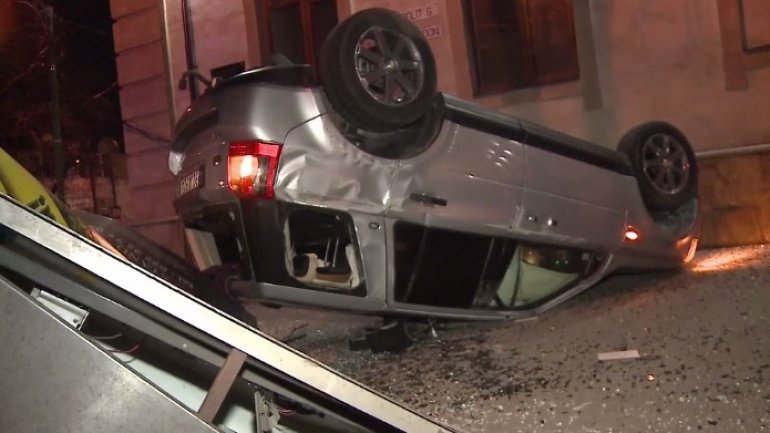 Two young girls have been hospitalized after the cars they were in have collided violently in the center of the capital.

Following the impact, one of the car has overturned and damaged a billboard. The victims have had injuries on their head and legs.

A 24-year-old driver of the overturned car claims he was driving on the yellow light. The 49-year-old taxi driver  says the light was green when he has passed.

The penalty for the guilty driver will be determined by injuries caused to the victims.