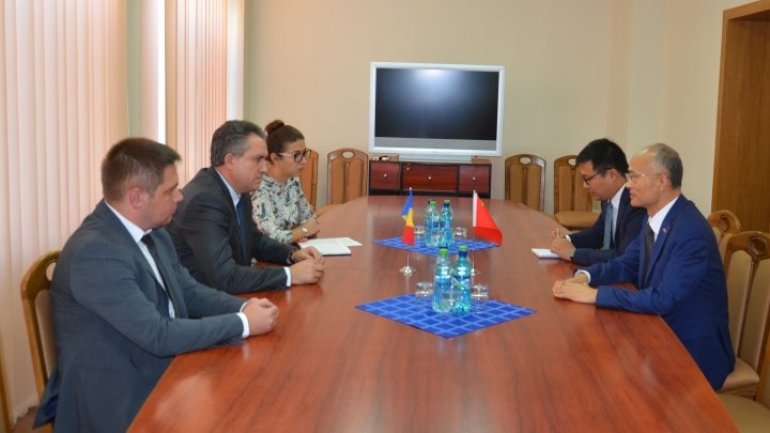 This announcement belonged to Chinese Ambassador Extraordinary and Plenipotentiary,  E.S. Zhang Yinghong, in the meeting with General Director of Customs Service, Vitalie Vrabie.

Accordingly, the installation of equipment for airport will be finalized by the end of this year while scanner offered for customs post will be available in the first semester of 2018.

Then Moldova will be the first country in the region obtaining such equipment.

S.E. Zhang Yinghong said that these investments are fully justified by the visible results achieved by the Moldovan Customs Service with the significant increase in the volume of state budget receipts and the rate of detection of customs fraud.

In turn, the Customs Director General Vitalie Vrabie thanked the Ambassador for the continued support for Moldovan Customs Authority to align with the international standards in the field of customs administration, stating that the institution would continue to identify new instruments for insurance economic security of the state.

The first scanner was financially offered by Chinese Government in 2015, in customs Leușeni.