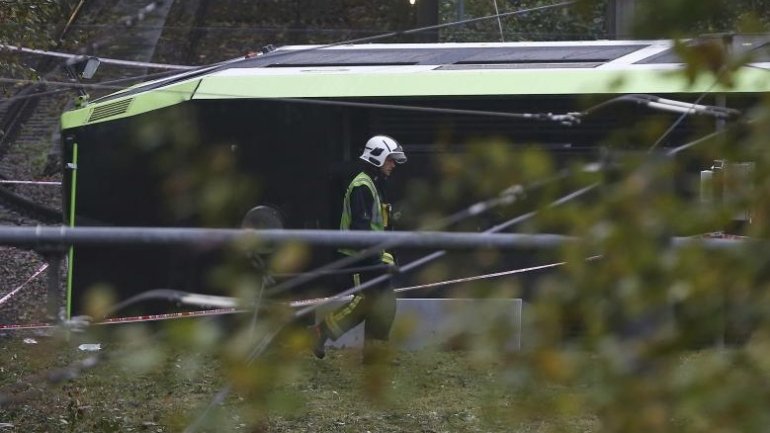 Two people remained trapped and more than 50 others were taken to hospital after a tram overturned in south London on Wednesday, emergency services said, according to Reuters.

Police said they had been called at about 6:10 am to reports that a tram had derailed near a stop close to central Croydon, a suburb of the capital.

Pictures showed the tram lying across the tracks.

"We have treated a number of patients and over 50 have been taken to hospital," a London Ambulance spokesman said.

Eight fire engines, four specialist rescue units and more than 70 firefighters were at the scene which police described as a serious incident.

Local residents said they had heard a crash followed by shouting. "They started bringing up the casualties, some very seriously injured. People were carried away on stretchers," Hannah Collier, 23, told Sky News.