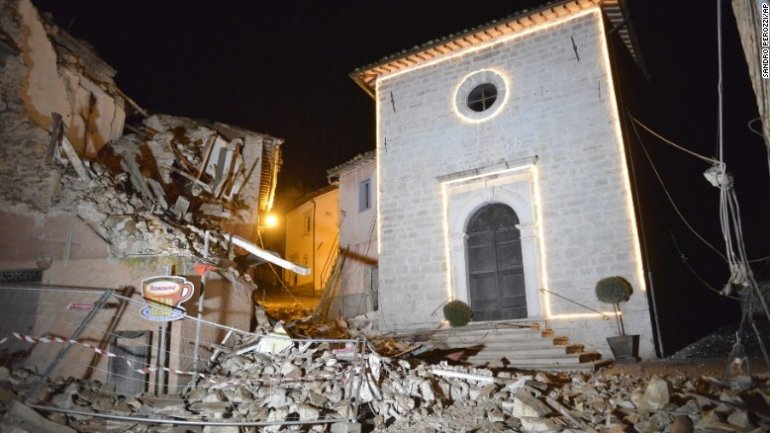 Just a few hours earlier, a magnitude-5.5 quake struck the same region. The epicenter was about 9 kilometers away, south-southwest of the town of Visso. The first quake hit at 7 p.m. (1 p.m. ET) between Perugia and Macerata, according to ANSA.

This part of Italy is full of narrow roads linking small stone villages. Rescuers are fearful of mudslides and even of risking bringing heavy equipment up the narrow roads.

There have been no reports yet of injuries, although there was damage in Visso and another town, Campi, where the historic church, San Salvatore, was destroyed by the tremors -- the first severely damaged the 15th century structure and the second finished it off.

Civil protection spokesman Antonio Flippini told CNN that previously damaged buildings had suffered new collapses and that part of the Salaria highway in the Marche region near Amatrice have been closed over concerns of structural damage.