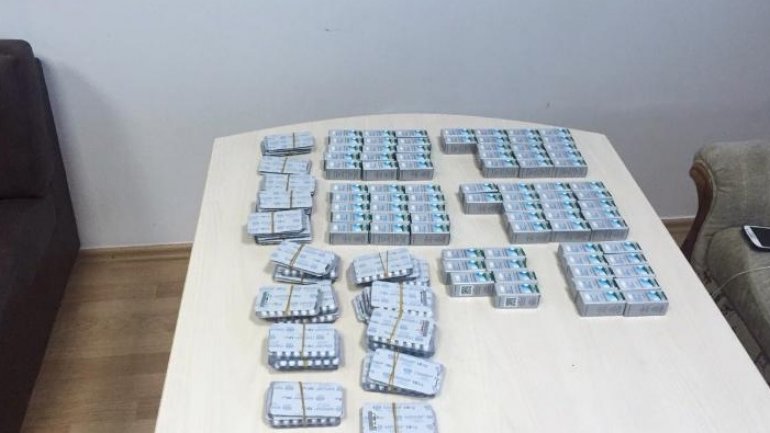 A Moldovan woman aged 58 years and a Turkish citizen were detained in Chisinau Airport. They allegedly tried to take out of the country more than 10,000 anabolic pills and 116 vials of the same active substance.

The drugs were found during the luggage check. The suspects had tickets for the flight Chisinau - Istanbul. According to investigators, the pharmaceutical products would be sold illegally in many fitness centers in Turkey.

The batch of anabolic pills was seized.