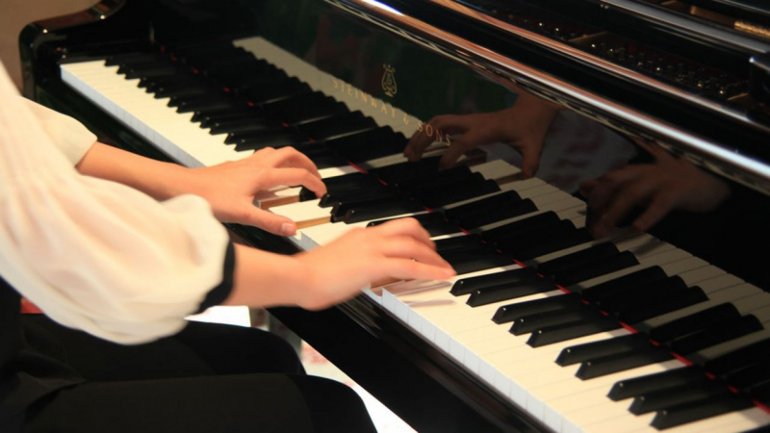 The Capital has received a new statue as a gift for City Day. It was made by a metal recycling company and installed in the Ștefan cel Mare Central Park, called "Pianistul veșnic" ("Eternal Pianist").

It took four months for two blacksmiths to create the 300 kg figure.

"It is called the "Eternal Pianist" and was created by two of our best blacksmiths. We believe that to make Chisinau beautiful all must contribute."

For its creation were spent 70 thousand lei.

"It is expensive. But I believe that money is not everything in life. It should be used for something of spiritual value."

The new attraction was a success and people even took pictures of it.

"It has attracted much attention. People would approach and take pictures of it. The work was not done in vain."

"It is one of those few things that makes this City beautiful."

"It is original and beautiful. I like it very much."

Of course there were also some that criticized the statue.

"It doesn't fit here and has nothing to do with Chisinau. We have other, more beautiful sculptures in Chisinau that should be appreciated."

"I do not like it. It's ugly and hard to understand who it is."

On Saturday, Chisinau has received as a gift another statue- a monument of lovers, that was placed in the pedestrian zone of the Capital.

It's composed of two pieces: A young man waiting for his date and a lady rushing bare feet to meet her beloved one. The authors tried to represent the fact that people should not walk in heels in the pedestrian zone.