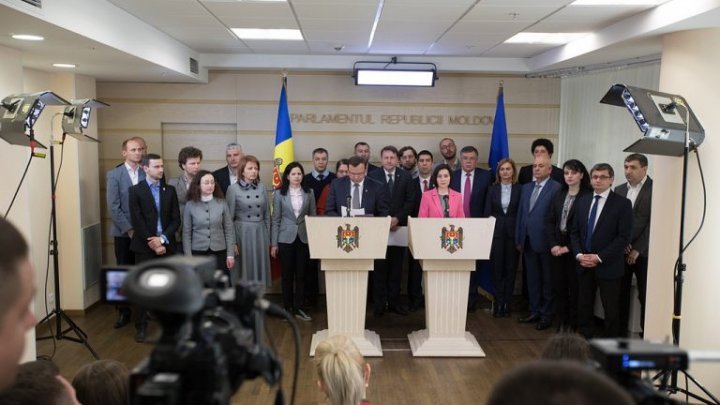 At least two MPs could leave the ACUM Block, after PPDA and PAS signed a new governance agreement with the Socialist Party.

According to Cotidianul.md, Octavian Ticu and Lilian Carp, declared themselves against signing the new agreement, including transmitting that they are considering leaving the ACUM Block. We remind that the PPDA MP Octavian Ticu, did not sign the first temporary political agreement between the PSRM and the ACUM Block, which was concluded at the beginning of June. He mentioned that deepening the collaboration with the PSRM is harmful to the ACUM Block.

Later, he labeled President Dodon a 'political corpse'. At the same time, yesterday, Reniţă, Carp and Ticu left the plenary of the Parliament just when the state President Igor Dodon came to the Legislature's rostrum. Namely, these parliamentarians countless times have criticized the NOW's decision to form a coalition with PSRM, but also several initiatives voted by ACUM and PSRM.
AFLĂ imediat Știrile Publika.MD. Intră pe Telegram