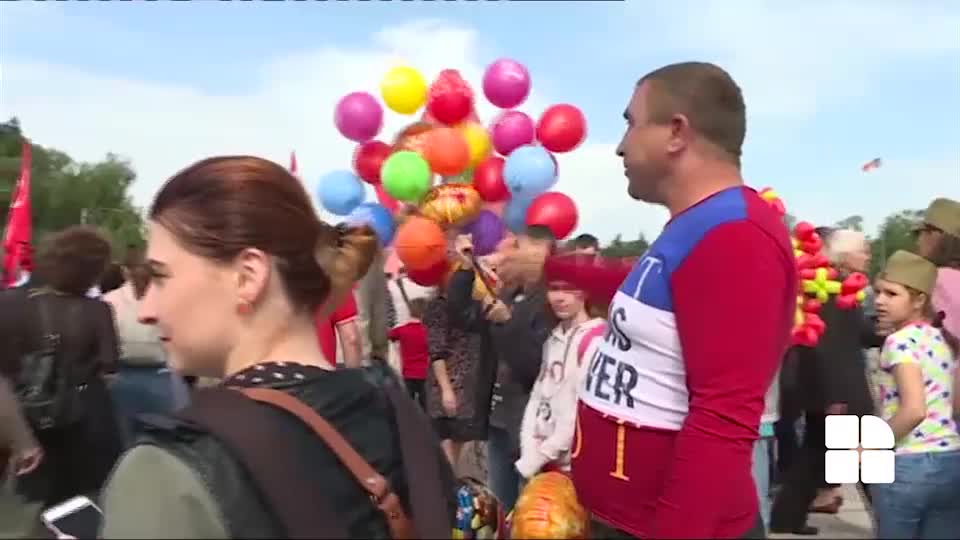 The ceremony dedicated to Victory Day could not pass without incidents. Two men begun fighting after one of them accused PCRM leader Vladimir Voronin, of the Soviet occupation.

"Hear, hear. You are all traitors" a man claimed.

Following those words, one of the communist supporters ripped from the man's hands Saint George's ribbon, which broke out the fight.

The man was arrested by law enforcement.