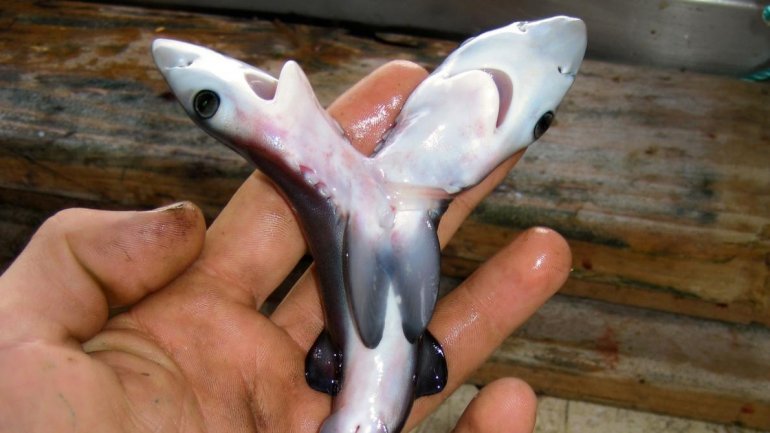 Two-headed sharks may sound like a figment of the big screen, but they exist—and more are turning up worldwide, scientists say, nationalgeographic informs.

A few years ago off Florida, fishermen hauled in a bull shark whose uterus contained a two-headed fetus. In 2008, another fisherman discovered a two-headed blue shark embryo in the Indian Ocean.

And a 2011 study described conjoined twins discovered in blue sharks caught in the Gulf of California and northwestern Mexico. Blue sharks have produced the most recorded two-headed embryos because they carry so many babies—up to 50 at at time, says study leader Felipe Galván-Magaña, of the National Polytechnic Institute in Mexico.

Now, Spanish researchers have identified an embryo of an Atlantic sawtail catshark with two heads, according to a new study in the Journal of Fish Biology. While raising sharks for human-health research in the laboratory, a team noticed the unusual embryo in a see-through shark egg.

Two-headed sharks have been few and far between, so it's tough to know what's behind the mutations.