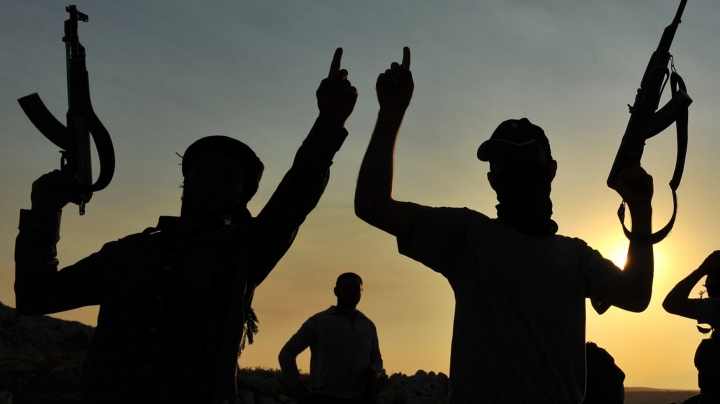 Two foreign citizens, affiliated to the ideas promoted by the international terrorist organizations, have been detained by the Security and Information Service together with the Ministry of Internal Affairs.

The identified persons are originated from countries considered being of high terrorist risk, aged between 30 and 40 years.

The actions of the men have been monitored by the Anti-terrorist Centre of SIS and the Special Operations Division of INI of MAI.

They have been found in an abandoned house, at the outskirts of Ialoveni.

The collected information confirmed connections of the foreign citizens with terrorist entities from Middle East, at the same time being seized video and photo materials, which notes about the high level of radicalization of the detained persons.

Both have been declared unwanted on the Moldovan territory for a period of 15 years.

One of the men has been expatriated to his country of origin under an escort and given to authorities with the follow-up of the legal provisions.

Regarding the second man, the Centru sector trial court has decided to take him in public custody and to put him in the Temporary foster home for foreigners of the Migration and Asylum Bureau of MAI.