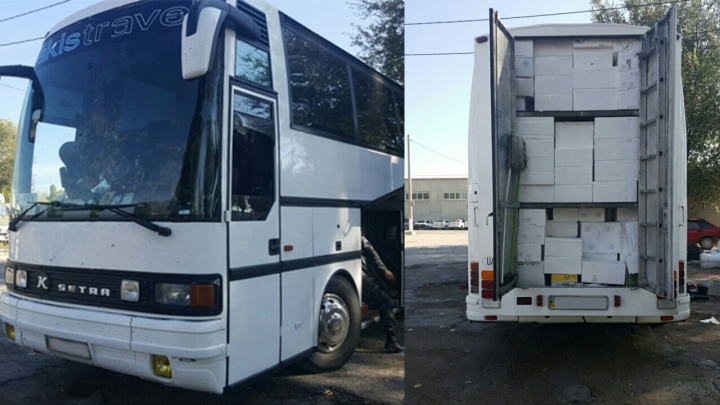 Two foreign citizens are investigated for smuggling with cultural objects and commercial goods in huge proportions. The value of the entire lot of goods overpasses the sum of 1.3 million lei.

It happened on Saturday, 1 October 2016, at Cahul customs post.

According to information, the goods were transported by a Greek and a Ukrainian, drivers of a passenger bus on Ukraine-Greece itinerary.

The drivers asked the passengers to include the goods in their customs declarations, so that they don’t have to pay the customs tax of 300 euro.

As a result of the control, were found 1,881 icons, some of them having precious metals in their composition, approximately 500 kg of candy, 450 kg olive oil, and other lots of goods without advice of delivery.

The drivers of the bus were initially detained for 72 hours, and at the end of this period, on their names was issued an arrest warrant for 30 days.

For their act, the men might receive up to 10 years in jail.